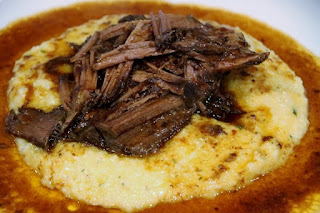 The cooler weather is rolling in and with a busy schedule crockpot meals are the way to go. I really welcomed the change of using grits instead of rice. My only complaint was the ranch was too strong, I would cut back to just a sprinkle or to taste. I also forgot to do the cornstarch mixture at the end of cooking the roast so my sauce wasn’t as pretty and thick as it was supposed to be. Overall I would make this again for sure! 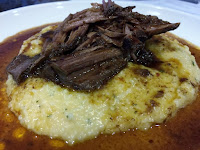