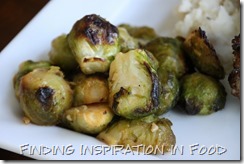 This month for my New Year’s Resolution I’m going with Brussel Sprouts. I was a little worried about these, because I hear a lot of you either like them or you don’t. After making them I think the main point is they have to be cooked correctly to make them good. Hubby and I are now hooked! I’ll have some other recipes to come now going into Fall. The more charred these get the better they taste.

a couple of shakes of sea salt

Before you begin, position one oven rack in the middle of the oven, and one approximately five inches from the top. Preheat the oven to 425 degrees.

Wash, dry, and core the Brussels sprouts, and trim away any brown or discolored leaves. Cut the sprouts in half, top to bottom. In a medium bowl, toss the Brussels sprouts with 2 tablespoons of olive oil, minced garlic, sea salt and freshly ground pepper. 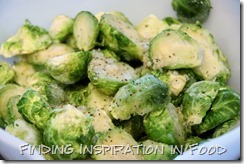 Line a baking sheet with aluminum foil and put the sprouts, cut side down, in the pan in a single layer. Sprinkle any remaining olive oil and garlic over the top. 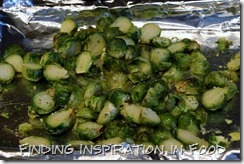 Set the baking sheet on a rack in the middle of the preheated oven and cook for ten minutes. Remove the baking sheet from the oven, and with tongs, carefully turn each of the sprouts over so that they’re cut side up. 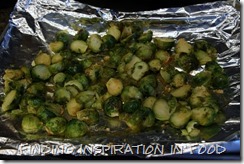 Return the sprouts to the oven and cook for an additional ten minutes.

When the Brussels sprouts have finished cooking, remove them from the oven. Turn the broiler on to the high setting. Whisk together the honey, sriracha sauce, ½ teaspoon of olive oil, salt and lime juice. In a medium to large bowl, toss the hot Brussels sprouts with the glaze. 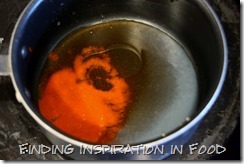 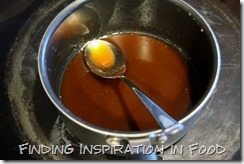 Return the sprouts to the baking sheet, arranging them cut side up in a single layer. Set the sheet under the broiler for 3 to 5 minutes. Keep an eye on them to make sure they don’t char – you want the caramelize them, and some edges might burn, but you don’t want the whole sprout to blacken. 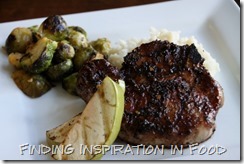