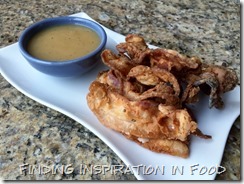 We recently hosted a dinner for my cousin and his friend from Japan. She wanted to try unique dishes so I think I came up with a pretty good menu, with all things she had never had before. For an appetizer I made country fried bacon. I have to say, don’t skip the soaking step, it really did keep the bacon straight. If you are short on time you can put a skewer through to keep it straight, but trust me it will curl up on you. I’ll be making this recipe again for sure. Oh and I served it with some gravy to dip in as well.

Cut the bacon strips in half, and place into a shallow dish with the half-and-half, crisscrossing the bacon in a star pattern. Soak the bacon a minimum of 30 minutes, but no more than 2 hours. This step helps reduce the curling of the bacon during frying, tenderizes it, and adds a wonderful flavor. 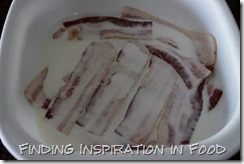 Stir together the flour, salt, pepper, and sugar in another shallow dish until blended; set aside. When the bacon has finished soaking, remove it from the half-and-half, and shake off the excess. Press each piece into the flour mixture to coat, then set aside. If desired, you can place a sheet of wax paper between the rows of bacon once the plate is coved. However, the flour does a good job of keeping the bacon from sticking to each other. 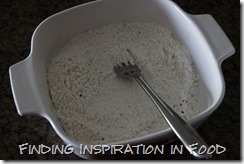 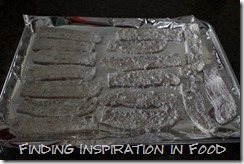 Heat the vegetable oil in a deep skillet over medium-low heat. Fry the bacon in batches until browned and cooked to desired degree of crispness, 2 to 3 minutes. Drain on a paper towel. 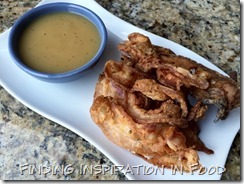 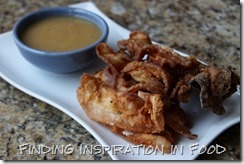 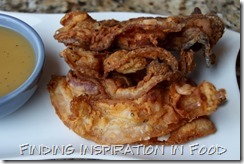