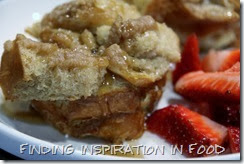 These make nice little individual servings, but the issue I had was it was a little messy and stuck to the muffin tin. I also mixed the bread with the liquid instead of just pouring some on each one in the pan. I wanted a more evenly coated bread so I think that worked out better. Overall I might make it again just put in a casserole dish instead of using a muffin tin.

(Adapted from Two Peas and Their Pod)

For the Cinnamon Streusel Topping:

In a medium bowl, whisk together the milk, eggs, sugar, vanilla, and cinnamon. 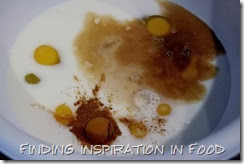 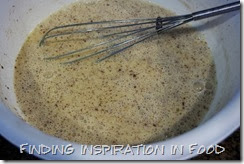 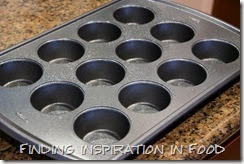 Add about 1 cup of bread cubes to each muffin cup. (I combined the bread and egg mixture instead of making it 2 steps.) 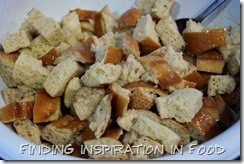 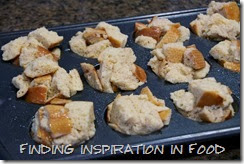 Carefully pour egg and milk mixture evenly over each muffin tin. You may need to press down on the bread cubes after you pour a little mixture and then pour more. Pour slowly or you will have a mess. Cover the muffins with plastic wrap and refrigerate for 2 hours or up to overnight.

When ready to bake, preheat the oven to 350 degrees F. To make the cinnamon streusel, in a small bowl, combine butter, brown sugar, flour, cinnamon, and salt. 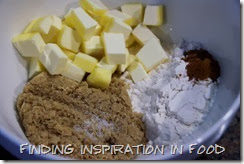 Mix together with your hands, until you have a crumbly mixture. 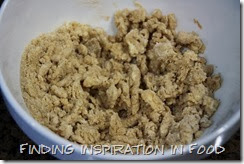 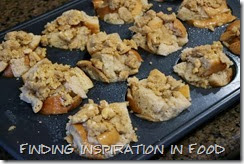 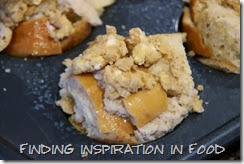 Bake for 25 minutes or until tops are golden brown. 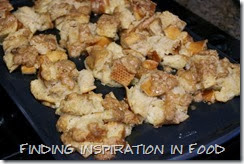 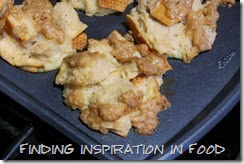 Let muffins cool for 5 minutes. Remove from pan and serve with butter and maple syrup, if desired. 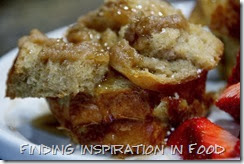 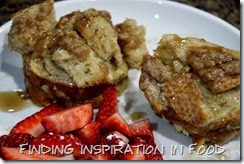