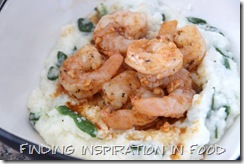 Being a Southern girl I love all the food in our region. Shrimp and grits is something I’ve never made believe it or not. This was a little fancier version, which I liked except for the sauce. I forgot to chop the spinach in small pieces so it was a stringy mess, but otherwise it could have used a little seasoning in my opinion. I would make this again just completely change it up for my own taste.

Smoky Shrimp and Grits
(Adapted from Food and Wine)

In a medium saucepan, bring 3 cups of water to a boil. Gradually add the grits and a generous pinch of salt. 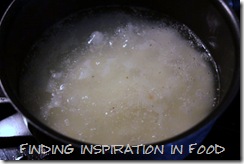 Cover and cook over low heat, stirring occasionally, until the grits are thick and porridge-like, about 7 minutes. Season with salt and black pepper and stir in the cheddar cheese, baby spinach and chives; stir until the cheese is melted and the spinach is wilted. Cover the grits and keep warm. 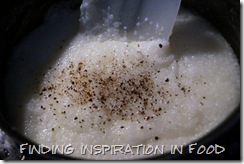 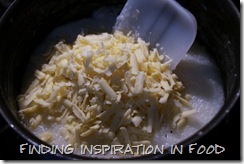 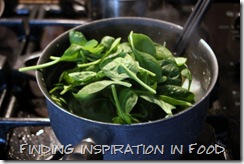 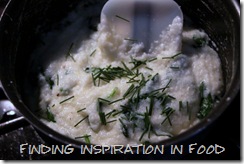 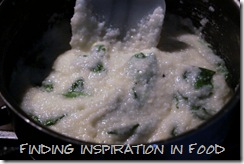 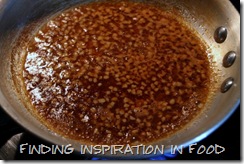 Spoon the grits into bowls, top with the shrimp and sauce; serve. 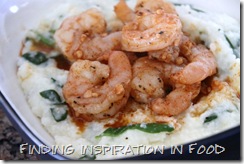