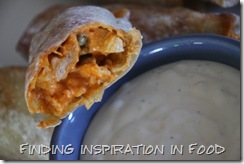 This has to be one of my new favorite appetizers. They are easy to make ahead of time and pop in the oven when guest arrive. I baked them to make them a little more “healthy”, but I think frying them would be better to crisp them up more. Either way, you’ll love these if you like buffalo wing dip. You could even try these with leftover turkey if you are in need of ideas. 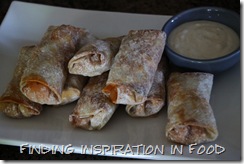 Preheat oven to 400 degrees F. Lay egg roll wrappers on a clean work surface. In a small bowl, stir cream cheese and Frank’s sauce together until combined. Add in shredded chicken and toss until well coated. 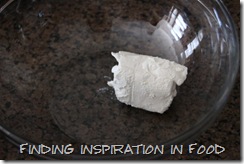 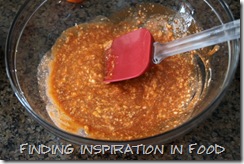 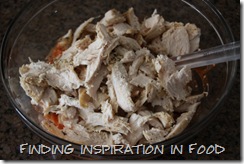 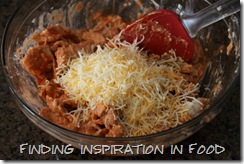 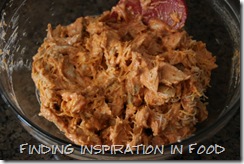 Begin by placing two tablespoons of the coleslaw on the diagonal of the bottom right corner of one of the wrappers. Next, top with shredded buffalo wing chicken evenly on top of the slaw. Spoon 1 tablespoon of the blue cheese crumbles over the chicken. Do not overfill. 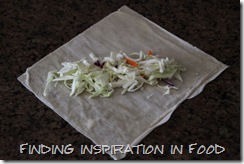 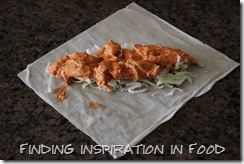 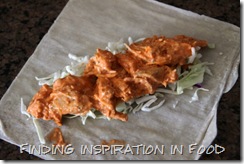 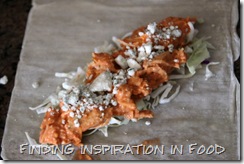 To fold: Fold the bottom right corner over the stuffing mixture so that it covers it completely, with the tip of the corner now pointing to the center of the egg roll wrapper. Fold in the bottom left corner, followed by the right, so that you now have formed an envelope. Roll the wrap upward one time, leaving the top left corner open. Wet your index finger in the small bowl of water and press to moisten the top left corner. Now fold that down on top of the filled roll, sealing it like you would an envelope. 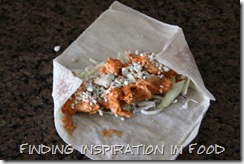 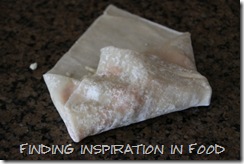 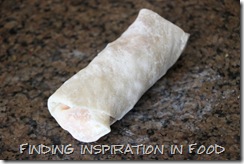 You can also wet the sides and fold in, then roll up. 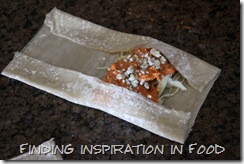 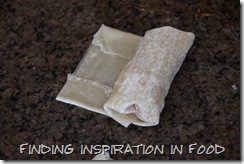 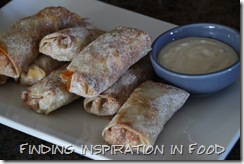