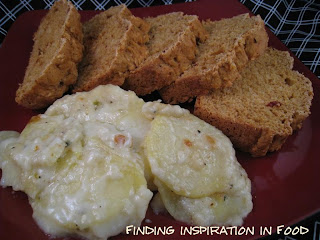 My mother in law joined us for dinner this past Sunday for our weekly “Sunday Steak Night”. I thought I would try a new side dish inspired by a dinner we had during our trip to the Grand Canyon. I usually go through the trouble of seasoning my potato Au gratin and never having it turn out the same as last time, when I should have thought of this idea a lot sooner. I used pepper jack cheese and let that be the seasoning. I started out making a base for the cheese sauce and then melted in the cheese and boy did it turn out really good! I also made a batch of bread that my friend had given me for Christmas. As it turns out I read the directions on how to make it, but didn’t read the directions about the amount of heat to add. I found out later when my husband was looking at the package asking me what level of heat we’re having it dawned on me “what the heck are you talking about?”. Oh well, we ended up with the top level of “brutal”. In truth it was a little spicy, but when you ate it with the meal it was less noticeable.
First up is the bread. It’s pretty simple to assemble, add a bottle of beer and mix away. My husband allowed me to use one of his Redhook IPA’s since it’s a little stronger it would give it more beer flavor then a typical Miller Lite. An hour later you have fresh baked bread. 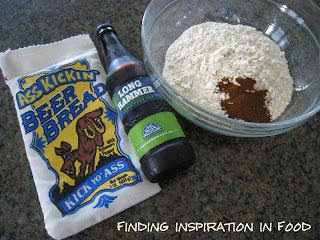 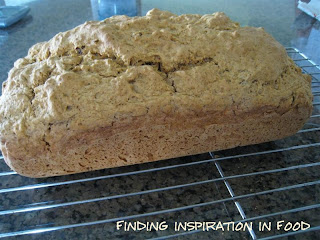 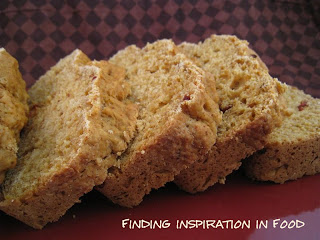 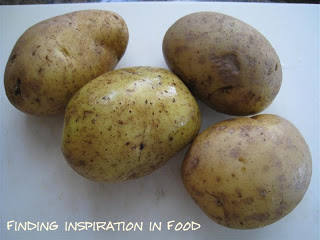 In a saucepan melt butter. 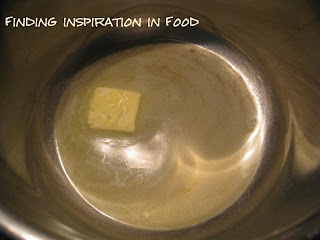 Using a whisk add flour and cook for 2 minutes. 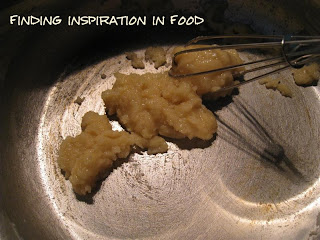 Slowly whisk in milk until mixture starts to slightly thicken, then add in the cheese. 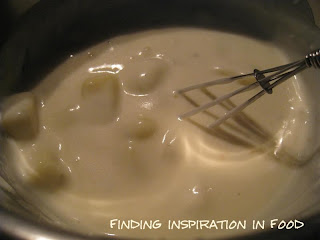 To layer the potatos: I add a little sauce at the bottom, a layer of potatos, then sauce again until you reach the top then for the final layer add additional cheese. 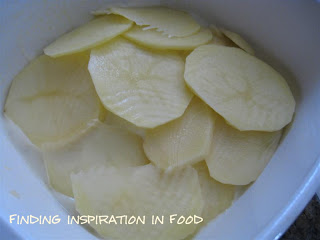 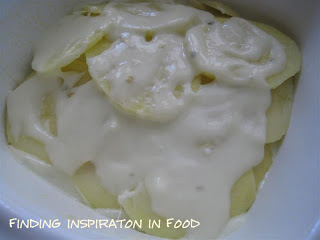 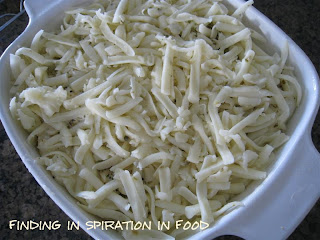 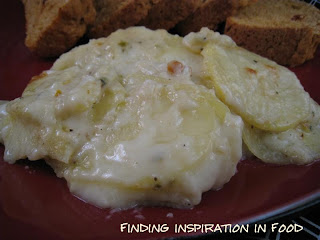 Cheesy potatos with a hint of spice.