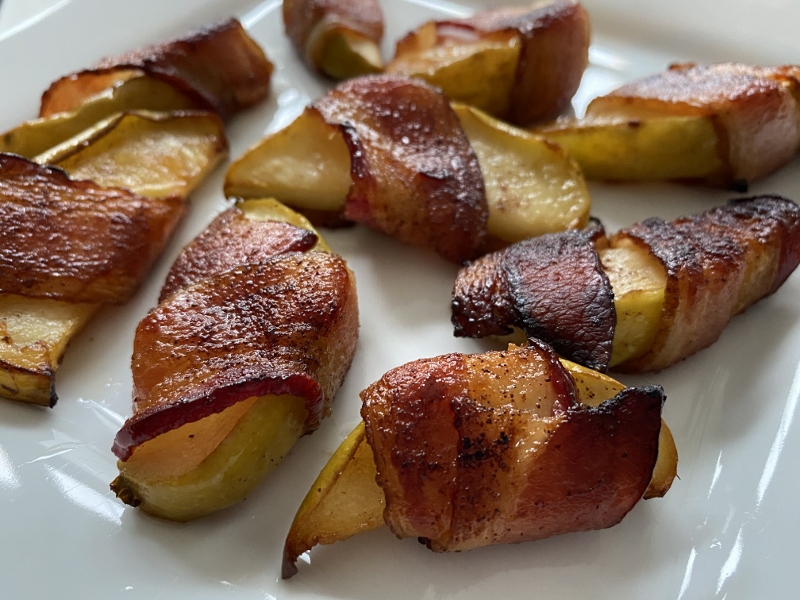 Ok so hear me out on this before you keep scrolling thinking she’s lost her mind bacon wrapped apples!? YES! OMG YES YES YES. You will not be disappointed with these on our table as a yummy appetizer. I even cheated and bout some presliced apples and wrapped them ahead of time then popped in the oven when I needed. I would probably use the precooked bacon slices next time. It’s worth the extra money that way you get crispy bacon and not super soggy apples. They also taste really good smoked on the BBQ pit. Some combos are just meant to be and this is one of them! It’s a crazy year so why not try a crazy new recipe!?!

Preheat the oven to a low broil or 400 degrees. Wrap 1/2 piece of bacon around each apple slice until you run out of bacon.

Bake around 10 minutes each side or until the bacon is a deep brown and crisp on the edges. Take from heat and sprinkle a little more cinnamon sugar on top