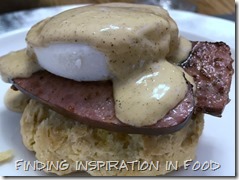 It’s one of our favorite holiday’s coming up next week…Mardi Gras! We celebrated in weekend in Galveston, Texas last weekend and had a blast! I actually made this recipe for Christmas morning, but hey I’m part Cajun and nothing says Laissez les bons temps rouler like these Cajun Eggs Benedict. It’ll make you yell throw me something mister all day!

For the biscuits I used a quick mix I had on hand and made 4 large biscuits. 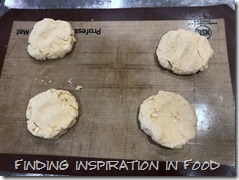 For the andouille I grabbed a package from HEB since I ran out of the meat I brought back from Louisiana. 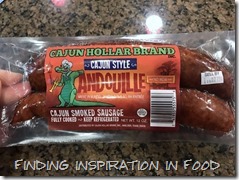 (Adapted from Life as a Strawberry)

FOR ASSEMBLY:
2 chive and cheddar beer biscuits, halved (you could also use English muffins or whatever biscuits you have on hand!)
2 cooked andouille sausages
4 eggs
salt and pepper to taste
1 Tbsp. fresh chopped chives, for garnish

FOR THE HOLLANDAISE:
Add egg yolks, lemon juice, salt, paprika, and cayenne to a tall, narrow cup that fits the head of an immersion blender. 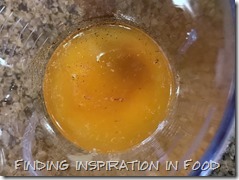 Melt butter in a saucepan (or in the microwave!) until a thermometer registers the butter temperature at at least 200 degrees F.

TO ASSEMBLE:
Heat sausages through in the oven or on a grill pan until they’re sizzling hot. It took about 5 minutes on a hot grill pan for my andouille to get nice and toasty. Slice each sausage in half lengthwise and then slice each half again across the middle so you have biscuit-sized sausage pieces.

Poach each egg in hot water until whites have cooked through, about 4 minutes. 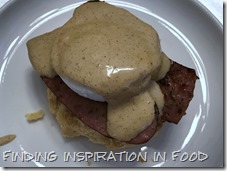 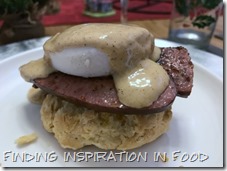