I’ve held off on posting this for a while. Simply because it makes me go into a sugar coma every time I look at it! I had a friend pass along the recipe and said next time I’m in the baking mood whip him up a batch. Little did he know this sucker ended up weighing several pounds. I think it tasted good, but you don’t need much as it’s super rich. If you are on a diet you may want to skim down to another recipe haha.

Combine the cake mix, egg and butter together. Beat until it is combined. 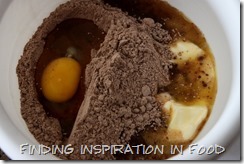 Spray a 9 x 12 pan with cooking spray and then put the cake mix layer over the bottom. Pat it down. 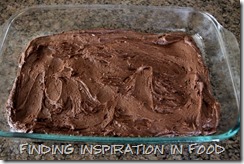 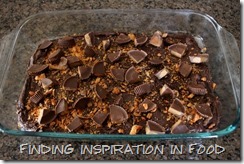 Combine the cream cheese, vanilla and peanut butter together until combined. 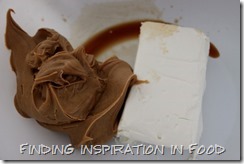 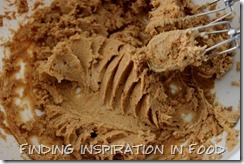 Add the eggs one at a time and mix them in. 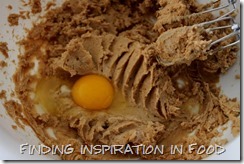 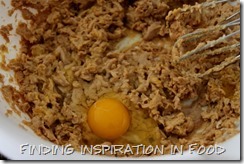 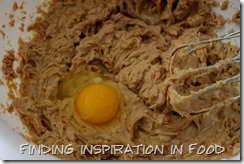 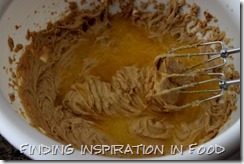 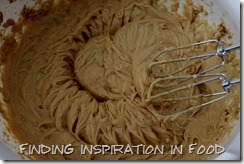 When this is all combined together add the confectioners sugar. 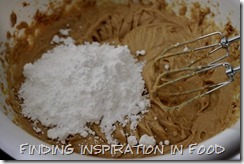 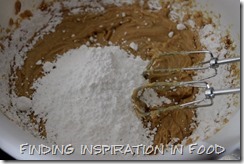 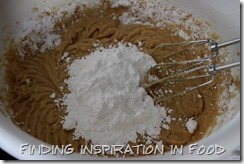 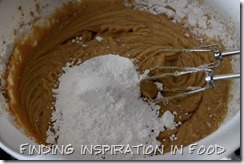 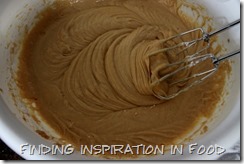 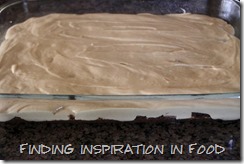 Bake for about 50 minutes. I used a glass pan and it took just over an hour. The mixture will be puffed up in the center when done. It will jiggly just slightly. Remove from oven and let cool. 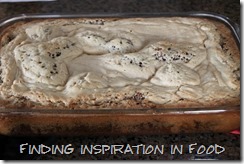 Melt the chocolate for 1 minute in the microwave. Add the oil. Stir until combined. Spread over the top of the cream cheese layer. 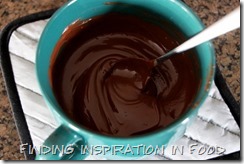 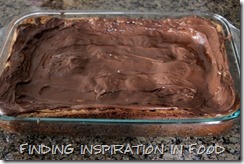 Note: This cake will not be set until it is puffy in the middle. Because these cakes are so dense the baking time will vary from oven to oven. If you are baking it in a glass pan, bake it at 325, it can take as long as an hour and 20 minutes to bake. A tester will pull out clean also when it is done. 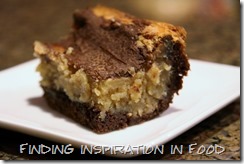