Happy 2nd Birthday to my son!! 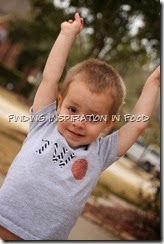 On February 22nd my son turned 2. How can I have a 2 year old already! I can’t get over how quick this past year has gone by, I’m pretty sure it went faster than the first year! BTW how cute is his shirt I made him?!?! On Saturday we had a party for him. In Texas the weather is unpredictable, but since I had a large guest list I decided to still chance it and have an outdoor party. Boy did I not bargain for my stress level to max out the week of the party seeing 60-90% rain in the forecast!! The day of the party and it was just overcast no rain, thank my lucky stars!!! The party was  a huge hit and everyone including the adults had a great time!

My son is addicted to basketball so that’s the theme I went with this year.

Special thank you to my friend Jennifer who made his birthday board! She used a foam board from the 99 cent store and some markers from Hobby Lobby. I have the shot clock time as the time he was born then put all his favorites on the board. Thinking I want to go back and make one for his first birthday then keep them for him for a future party. 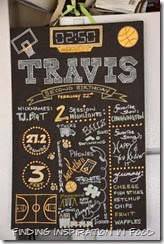 Usually I go over the top with my parties, but with the un known weather I kept this one on the simple train. We moved all the tables in the garage which I think in the long run made life a little easier. 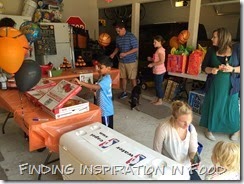 I made labels for the drinks using an NBA logo added into a Word document. 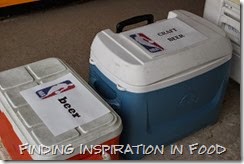 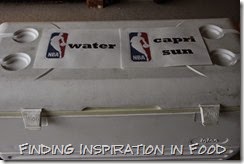 For food, I made a concession stand sign and we did pizza, popcorn, cheese balls, pretzels. Just snack food stuff and I made cute names for the items using a cloths pin blackboard I got at Hobby Lobby. 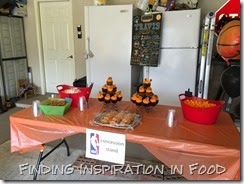 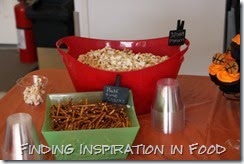 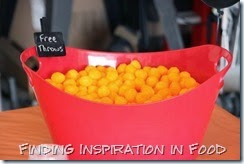 I made orange sugar cookies (click HERE for recipe) and then used black icing to make the basketball lines and white icing for the 2 since my son turned 2. 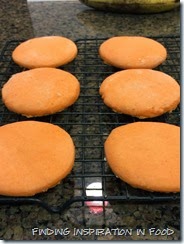 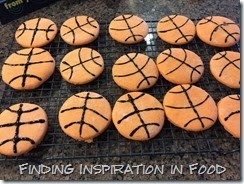 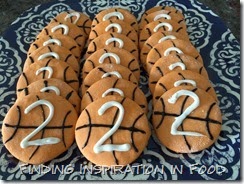 I decided not to do a cake this year and just do cupcakes so I made chocolate cupcakes in black wrappers then made my Buttercream Icing (Click HERE for recipe) tinted orange then topped the cupcakes with vanilla wafers which I piped black icing on to make them look like tiny basketballs. The candles I got from Party City. Travis even got to help make his own cupcakes for the party! 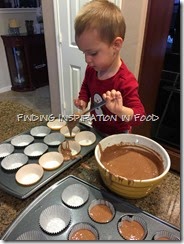 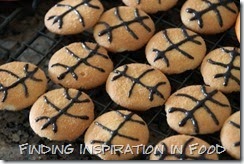 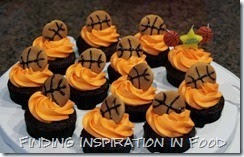 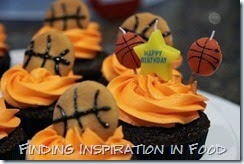 For décor I got some basketball lanterns from Party City for the trees, put out a bunch of chairs and a kid picnic table. We had a chalk area, basketball goals big and little, toddler bounce house, tunnel and I rented a giant dry slide. Since we had big kids and toddlers the best idea ever was the slide so kids wouldn’t get trampled. 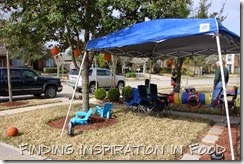 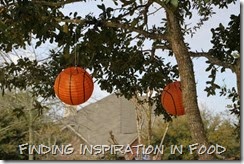 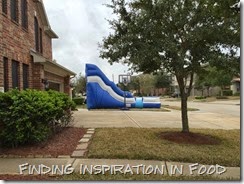 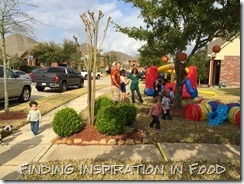 I wanted a simple party favor as well and decided to go with orange Gatorade and attached a basketball whistle from Party City and a little thank you note from Travis. I then put them all in his wagon so I could pull it out later rather than all the kids taking them at the first of the party. I’m sure the whistles where not a huge hit with the parents, but as I told them the whistle is for mom and the drink is for the kid! 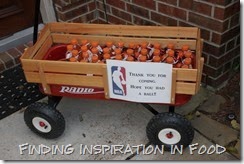 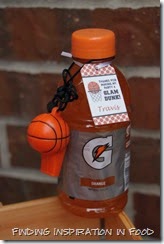