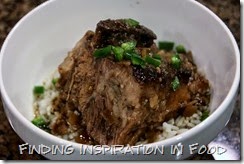 I love trying out different short rib recipes, they do best being cooked for long periods of time. My hubby also likes these for lunches because it’s hardy and filling for the day without a lot of mess. This recipe turned out pretty good he really liked the added jalapenos otherwise the flavor was just ehh.

(Adapted from A Beautiful Bite)

Combine flour, 1 tsp salt and 1 tsp black pepper in a medium sized bowl. Dredge short ribs in the flour mixture and set aside.

Heat oil in a large dutch oven on the stovetop. Sear short ribs until browned on all sides. Remove ribs from pan and set on a plate. 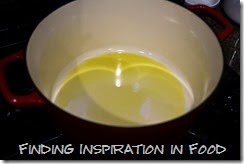 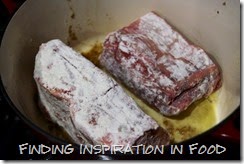 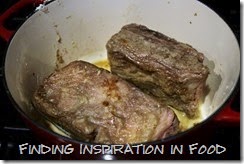 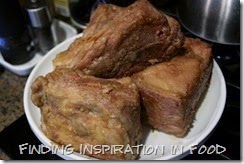 Add onions and garlic to the residual oil in dutch oven. Cook over medium heat until onions are translucent. 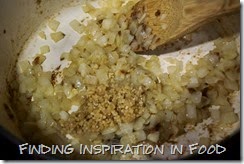 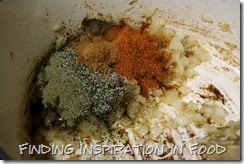 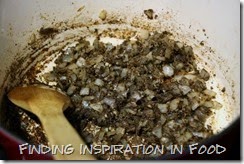 Add molasses, rum and beef broth. Bring to a simmer. 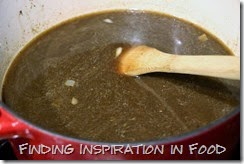 Add short ribs to the broth mixture and place in a 325º oven for 2½ hours or until the meat is falling off the bone. 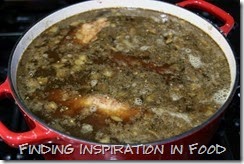 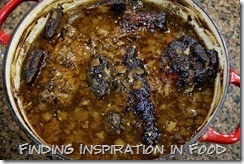 Serve with rice or plantains and garnish with finely chopped red peppers and jalapeño. 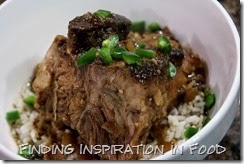