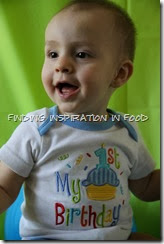 I can’t believe it’s already been a year since this handsome little man entered our lives! For his birthday I wanted to go with a little man/mustache theme which ended up turning out super cute! I’ll try to keep this to all one post, so I apologize if it’s a long one, but it’ll be easier for those on Pinterest looking for ideas.

I didn’t go wild with the decorations, but did end up making a majority of them. I started out with a base color scheme from the plates and napkins I found at Hobby Lobby.

First up the piñata, which I used as a photo prop for my son’s birthday pictures. It turned out a little larger then I expected, but I refused to pay $28 for one that was 1/3 the size of the one I made! Basically I used some old boxes that I had in the attic, drew out the design I wanted then folded it in half so it would be the same on the other side. Once you have them all cut out you want to do long strips of cardboard to tape them together to get the depth you want. I also taped extra pieces to the inside to keep them extra strong. I used one package of tissue paper from Hobby Lobby for 99 cents and cut them in long strips then little cuts to make them fringe. You can use double stick tape or white glue like I did.

Next I made a garland to place in different areas such as on the knobs of my hutch, connecting pictures and in greenery. I used a cookie cutter and traced out the mustache on black cardstock then punched out circles from scrapbook paper using a circle punch. Using a needle and thread I strung them all together and spaced them out as I needed. 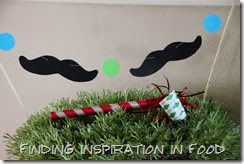 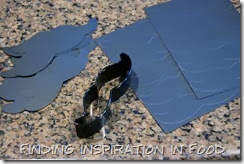 I printed out a cute printout for the rules to always be the perfect little man and also printed a sheet to insert in my large glass jar for party favors. 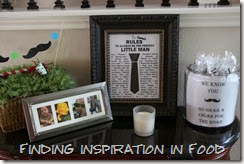 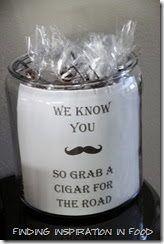 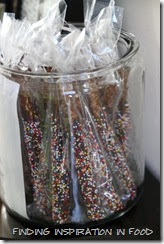 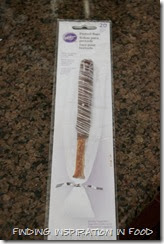 On the back of the front door I printed a cute sign to thank everyone for coming. 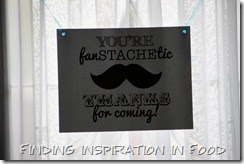 I also made a photo booth area which I had never done before. I took cheap table cloths and covered our office French doors using 3 of them. Next I made a garland and taped up some extra mustaches that I cut out. I found some items such as mustaches, glasses, top hat, etc. on Pinterest to print. (Click HERE for the link I used) Then I cut them out and glued them on craft sticks and put them in a mason jar for people to use if they wanted. 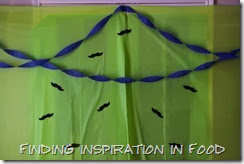 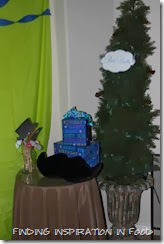 Another fun item I did was filling up water balloons then freezing them. I hate using ice in drink tubs it just makes a huge mess. I did have a few balloons pop, but since they where solid ice balls it wasn’t a big deal because they didn’t melt as fast as ice cubes. It also added a lot of color to the drink area. I had also found this mustache duct tape at Hobby Lobby and used it on water bottles to add to the theme. On the drink cups I used double sided tape and added a mustache I cut out (same ones as above from the cookie cutter). I had out some silver markers so people could write their names on the cups. Those that used a straw I used a single hole punch and pushed a straw through it. 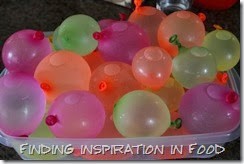 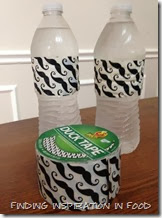 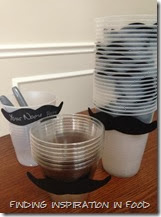 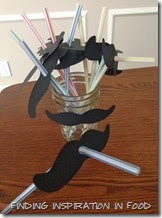 As for the food I made his cake a little healthier since he has never had sweets before. I highly recommend this Chocolate Zucchini Cake (Click HERE for the recipe). Once I grated all the zucchini I chopped it just to make sure they where all tiny pieces instead of chunks in the cake. I also didn’t make the frosting on the recipe I used a sugar free frosting. I iced the cake and used the back of the spoon to make swirl like marks around the sides. For the mustache I used a candy mold with melted chocolate and then stuck it in the side of the cake. I also used the mold to make white and milk chocolate “milk mustaches” and displayed them in a cake pop stand that I wrapped with mustache ribbon. I made a bunch of cupcakes instead of one large cake since in my history everyone hates to take a slice of cake, but they’ll grab a cupcake. 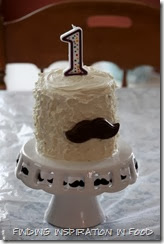 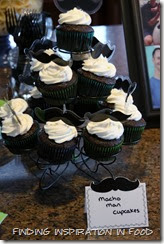 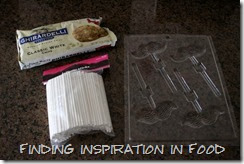 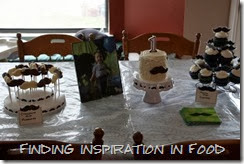 Since the party was 1-4pm I restrained from doing a lot of food and did easy things. Also since we had alcoholic beverages I like to offer some type of food.  I had Veggie Straws for the kiddos, Mini “Man”-wiches (shredded beef sliders), Fiesta Ranch Dip and Bow Tie Chicken Pasta. 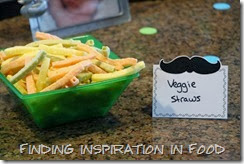 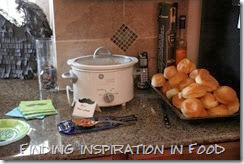 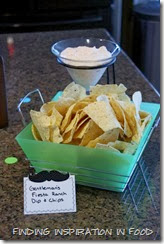 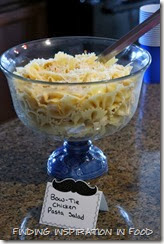 Overall the party was a huge hit and I loved how everything turned out. I can’t thank everyone enough who came out and made the party such a memorable day for us!! Nothing was sweeter than seeing him so tired at the end of the day. 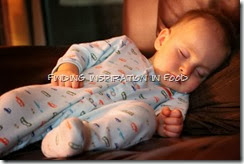 Now on to planning next years theme…..