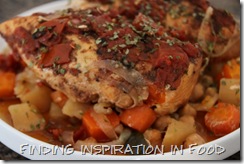 Instead of the usual casseroles I do for hubby’s lunches I thought I would do a Crock Pot meal to change it up. I honestly really liked this dish. It needs a sprinkle more of seasoning like Tony’s or Mrs. Dash, but it’s really good and hardy. At the end of this post you’ll see how tender the chicken was and I ended up shredding it with a spoon to make it more of a chili style so it was easier for him to reheat and eat. I also had a little extra chicken in there because I had a hard time finding a package close to the size I needed and didn’t want an extra chicken breast leftover. I will be making this again it’s really good. 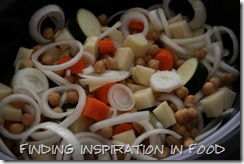 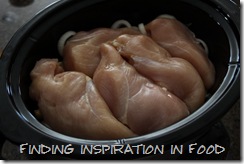 In a small bowl, combine the spices and sprinkle them over the food in the stoneware. 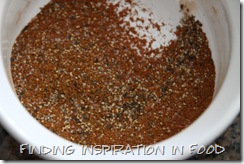 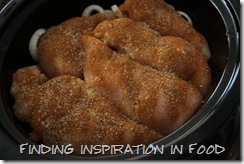 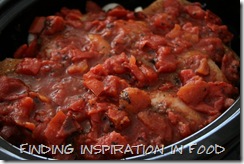 Cover; cook on Low for 8 hours or on High for 4 hours. Stir in parsley and cilantro before serving. 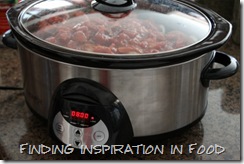 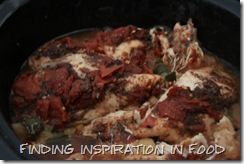 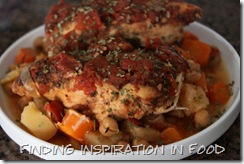 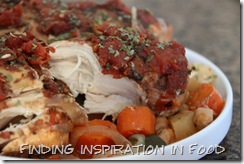 The chicken was soooo tender it really just shredded itself. I also cut the crockpot off at 7 hours instead of 8 because it wall all cooked. This might vary depending on the thickness of your chicken and how big you slice the vegetables. I combined it all and served it more like a chili style, but you could serve it either way. 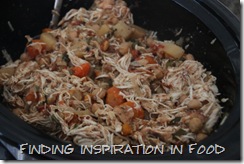