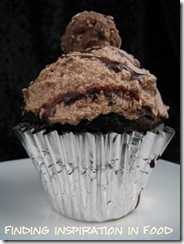 Somehow these pictures got tucked away, but I made these cupcakes for a young lady in our office who just graduated high school a couple years ago! She’s a huge Nutella fan so I knew I had to come up with something good to impress her.
I found a recipe on the web for the buttercream and wishing now I would have researched it a little better. It tasted ok, but didn’t form the way I thought it would have like the bakeries do. Don’t know if I over mixed it or what, but somewhere I went wrong. Why does it always screw up when I use my last 4 eggs and it’s for a special occasion?!?! I’ll attempted the buttercream again using a different recipe and see if it gets me anywhere better.
So anyway back to Sam….. I wish her all the best in the future and the offer is still there if she wants to be a guest blogger one day since she studying to be a Nutritionist. (Maybe cupcakes wasn’t the best thing to make for her lol) 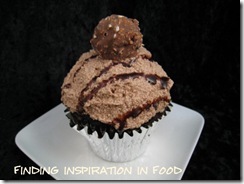 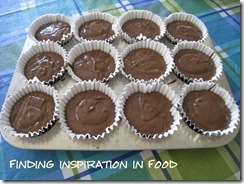 Remove from oven and allow to cool completely. 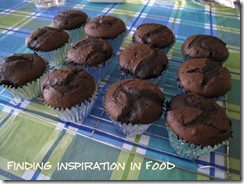 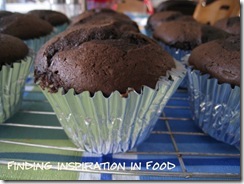 Combine the egg whites and sugar into a heatproof bowl and whisk over a saucepan of simmering water until sugar is dissolved and the mixture is as hot as you can get without the egg whites cooking. 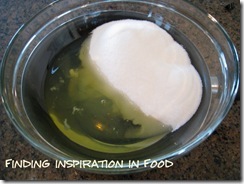 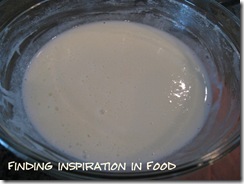 With the whisk attachment on your mixer, whisk the egg white and sugar mixture on high speed until a stiff meringue is formed and the mix has cooled down to room temperature. 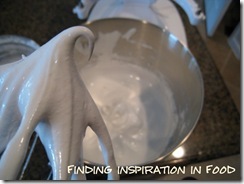 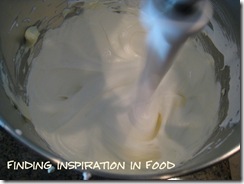 Now put the paddle attachment on your mixer and with the mixer on a low speed add a tablespoon or two of butter at a time. Once all the butter is incorporated turn the mixer up to medium speed and mix until the mixture is light and fluffy again. 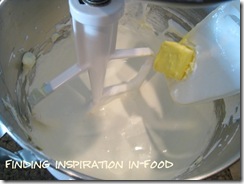 Add the vanilla extract and Nutella and mix on medium speed until the buttercream is a good piping texture.

Assembling the cupcakes –
Once the cupcakes have cooled, cut out a portion of each cupcake and insert a teaspoon of Nutella and a roasted hazelnut. Replace the portion of cupcake and then top with a swirl of Nutella Swiss Meringue Buttercream and chopped hazelnuts. Then drizzle some melted dark chocolate over the top or melted Nutella, and finally top with half of a Ferrero Rocher. 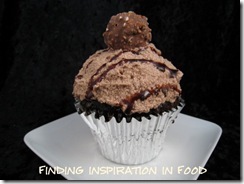 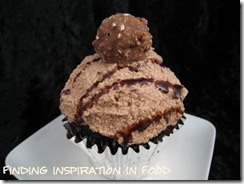