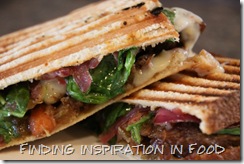 We have some short ribs in the freezer from the steer we bought, except they where boneless so I finally got to try this recipe. They where only 1 1/2 pounds of meat instead of the 5 pounds needed, but it worked out fine, I also cut the amount of celery down to 1 (7 ounce) container. It seemed that I ended up using the full can of beef broth because the liquid cooked out so quickly. I think next time I make this I’ll use the crockpot so I can set it and forget it and also not have to use my gas stove for 2 hours straight. I’m not a pickled onion fan, but omg these where so good!

I will say that this dish is awesome! We couldn’t get enough of it. It’s the perfect dish for those cooler Fall days I’ve been dreaming of. I used spinach leaves instead of arugula and cooked it on the Panini press instead of with butter on the stove. Can’t wait to make this again!!

Sprinkle beef with salt and pepper. 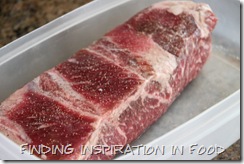 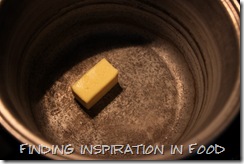 Working in 2 batches, cook beef until browned, about 6 minutes per batch. 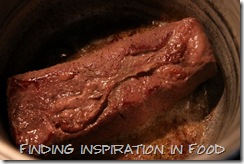 Transfer to large rimmed baking sheet. Add celery, carrots, and onion to pot and sauté until beginning to soften and brown, stirring often, about 5 minutes. 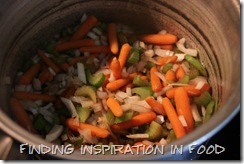 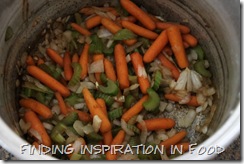 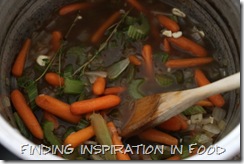 Return ribs to pot, propping up on sides and arranging in single layer. Cover, reduce heat to medium-low, and simmer 1 hour. 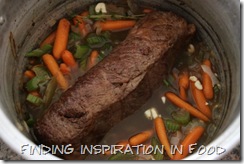 Using tongs, turn ribs over in pot. Cover and simmer until ribs are tender and sauce is very thick, occasionally rearranging ribs in pot to prevent sticking, about 1 1/2 hours longer. 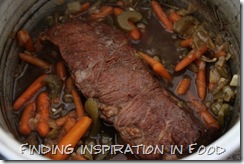 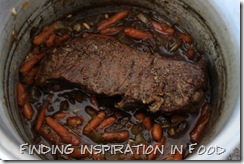 Transfer ribs to work surface. Discard bay leaves and thyme sprig. Spoon off fat from sauce in pot. Remove meat from bones; discard bones. Cut meat into 3/4- to 1-inch pieces, trimming any fat. Return meat to pot. DO AHEAD Can be made 2 days ahead. Chill until cold; cover and keep chilled. Rewarm just until lukewarm before using. 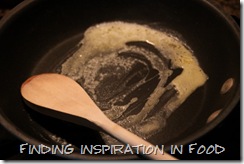 Add onions, sprinkle with salt, and sauté until beginning to brown, stirring frequently, about 10 minutes. 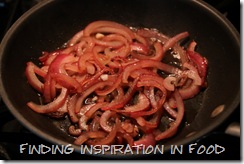 Add vinegar and sugar and cook until almost all vinegar is absorbed, about 1 minute. 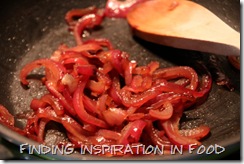 Season with salt and pepper. Transfer to microwave-safe bowl; cool. DO AHEAD Can be made 2 days ahead. Cover; chill. Microwave in 15-second intervals until lukewarm before using. 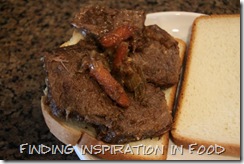 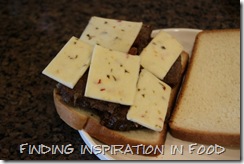 Spoon about 1/4 cup onions over each sandwich. Place large handful of arugula atop onions. 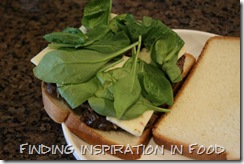 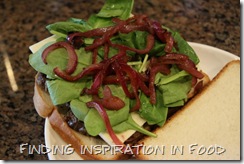 Top with remaining 8 bread slices. Spread bread with butter. DO AHEAD Can be prepared 1 hour ahead. Cover with plastic wrap and store at room temperature.

Heat griddle or 2 large skillets over medium heat. Working in batches, cook sandwiches until bread is golden brown and cheese melts, about 3 minutes per side. 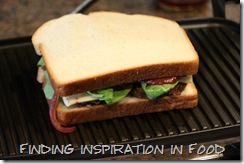 Transfer to work surface. Cut each in half on diagonal. Transfer to plates and serve. 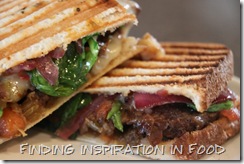