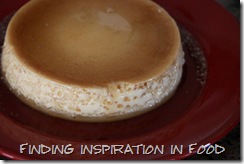 Friday night we attended a tequila tasting at a new restaurant in town. I walked in not a big fan of tequila, but walked out with a new appreciation for the spirit. I did a full write up HERE if you want to take a look into the world of tequila.

Dinner club was last Saturday night and the theme was Cinco De Mayo. I made 2 desserts and my coconut margaritas which where a huge hit. I haven’t shared that recipe, which I really want to, but I like to have some signature items I keep up my sleeve.

Flan is always a favorite of mine, I’ve never made it because for some reason it scares me. After making it I don’t know why I was so scared. I guess it’s more because there are so many different recipes out there so I wasn’t sure what type would be best. Hubby doesn’t care for flan because it’s a slimy, wiggly texture. The texture of this flan is perfect. I tasted it warm and cold, liking both ways, but cold was a lot better at making the flavors shine through. I made mine in an 8” cake pan, but it really needs to be in a 9” to fit all of the liquid, I can’t complain because it made a little taster for me to try. I can’t wait to make this again! Sorry about the final pictures I forgot to take some more pictures at the party when I Flipped it on the plate.

Most reviews said the caramel was a pain to make, but I don’t think so, if you want to be lazy about it just use maple syrup instead of making the caramel. 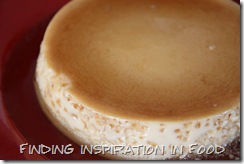 Make caramel:
Heat sugar and water in a small heavy saucepan over medium-high heat, stirring until sugar is dissolved. 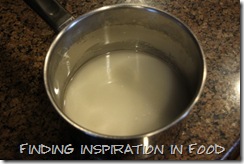 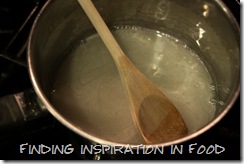 Cook, without stirring, brushing down sugar crystals from side of pan using a pastry brush dipped in cold water and swirling pan occasionally so caramel browns evenly, until dark amber.

Immediately pour into ramekins and swirl so caramel coats bottom of each and partway up side, then put in a roasting pan. 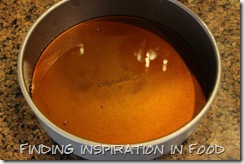 Make flan:
Preheat oven to 350°F with rack in middle.

Bring milk with cinnamon stick just to a simmer in a small heavy saucepan, then remove from heat and let steep, covered, 5 minutes. Remove cinnamon. 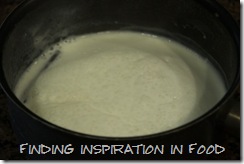 Meanwhile, blend condensed milk and cream cheese in a food processor until smooth. 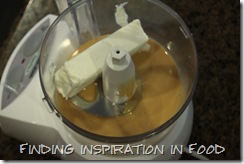 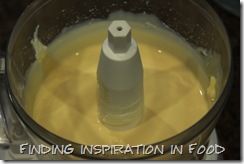 Add eggs, vanilla, and salt and blend until smooth. 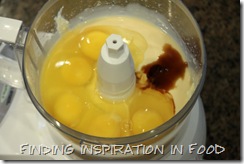 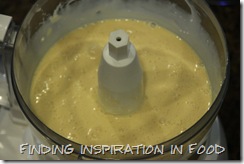 Transfer to a large bowl, then whisk in hot milk. 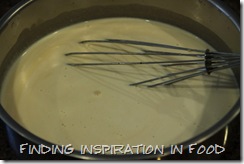 Divide among ramekins, then add enough boiling water to pan to reach halfway up sides of ramekins. 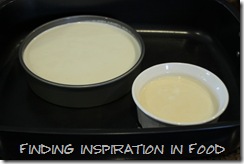 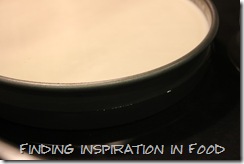 Cover pan loosely with a sheet of foil and bake until custards are just set (they will still wobble slightly in center when tapped), 45 to 55 minutes.

Remove ramekins from water bath and let stand at least 15 minutes (flan will continue to set). Just before serving (warm or at room temperature), run a thin knife around flans to loosen, then invert onto plates. 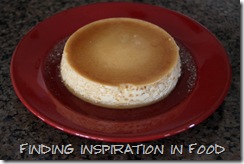