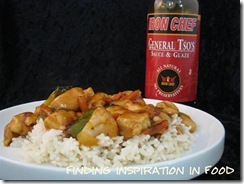 Happy Friday! It seemed like this week dragged on for some reason, but now that it’s come to an end at least I can announce the winner of our Jack Daniel’s Charcoal Giveaway……AJ! Congrats and be on the lookout for an email from me. 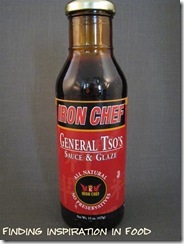 Sometimes I don’t have time to cook a meal, yeah I know I’m not super woman, sorry to disappoint. I really like Asian food, but have a hard time making it from scratch so when I see something to make it a shortcut without waiting for take out I wanna try it. I figure this being a product of Iron Chef it would in deed be iron chef worthy. 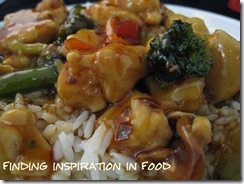 I started out cooking up some diced up chicken. 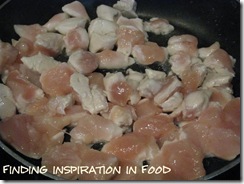 While the chicken was cooking I stir fried a package of veggies in the freezer with some peanuts. 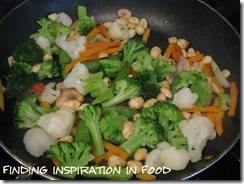 Combine the 2 and pour over the sauce until heated through. 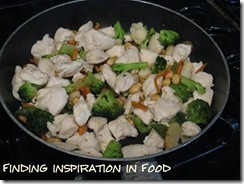 I served this over some rice. Overall the sauce was flavorful, but not how I expect General Tso’s to taste. There was no heat to it at all so we had to add red pepper flakes and cayenne. It has a nice thickness to it, but hubby says even if I have a coupon and it’s on sale he wouldn’t buy it again. Sigh…so I’m still on the hunt for some easy Asian semi-homemade help. 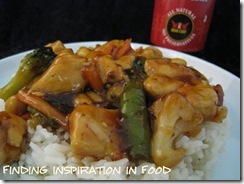 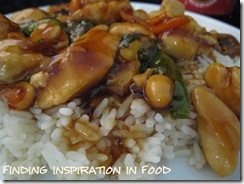 I was not paid for this review nor was I told what to say, I purchased the item on my own.