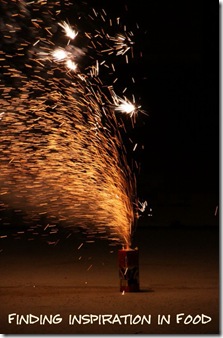 I hope everyone’s New Year’s Eve was filled with fun and all you hoped for. We had a cold front come through that evening and I’m so happy it didn’t rain. The wind blew just enough to clear the air of the smoke from our fireworks before we set off the next batch. With all the fun we had I didn’t like heading to bed at 2:30am, but that’s part of the deal I guess. At least that doesn’t happen all the time. What is your resolution this year? 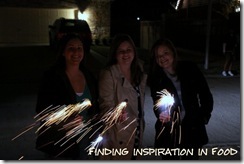 Most people set their resolutions too high or are unrealistic with their resolutions. I shoot for more practical goals. This past year I learned a lot about people from who are my true friends to who to trust to who’s only looking out for only for themselves. This year I’m making it more about me. I’m usually the Martha Stewart in the group who has to make a huge variety of things to make sure everyone is happy, some people appreciate it others now make comments. I try not to let things get to me too often, but certain people push my buttons and I don’t know why. Don’t get me wrong I love making everything bigger and better, but I’m gonna start doing things that I want not so much what other expect from me. I also want to set a goal of doing more recipe contest. I’ve really slowed down on entering recipe contest this past year and I would also like to be brave enough to enter at least one video contest. Things don’t just happen because you expect them to, they happen because you have work at them. So I hope 2011 is full of everyone’s dreams coming true and try not to set your goals too far out of reach. 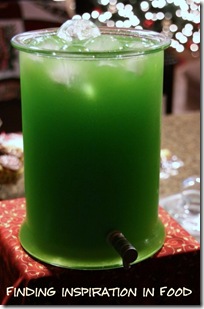 Today’s recipe is a drink I made to ring in the New Year by Trisha Yearwood. I really like it because it was a very pretty green color. I made it like it is and then tried different variations of spiking my glass with vodka and coconut rum. Both which tasted really good! It tasted similar to the sherbet punch except it doesn’t get that dirty bath water look to it.

Put 2 quarts of water in a 1-gallon container. Add the drink mix and sugar and stir until the sugar is dissolved. 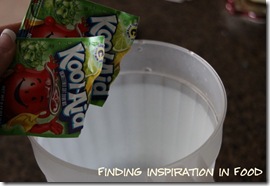 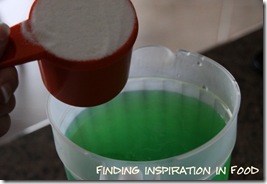 Add the pineapple juice and lemonade concentrate and stir well. 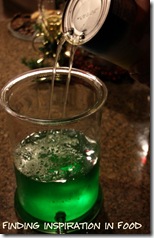 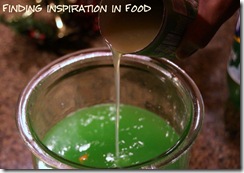 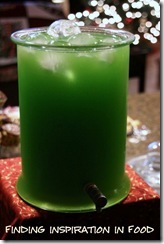