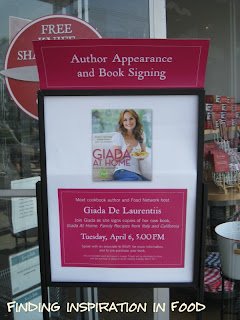 Not only is she even more beautiful in person but she’s really talented and super sweet. I’m a huge fan of hers and love how she’s stayed true to herself. Gaida De Laurentiis was in town signing copies of her new book Giada At Home which hit stores March 30th. I was lucky enough to grab a ticket to one of 2 stops Giada had in Houston on Tuesday. She was a William Sonoma at 2pm and then at Sur La Table at 5pm. 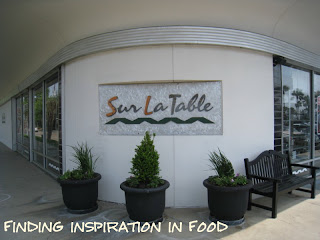 Since the earlier time was sold out I grabbed a spot for the later one. I was in line at 3pm and it wasn’t as bad as I thought it would be. I was really worried being that they had close to 400 books sold at that one location. She arrived right on time at 5pm and by 5:30pm I had my book signed. 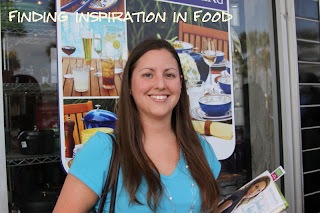 While waiting in line they passed out little cups of cappuccino and espresso then then came around with a sample of one of the recipes in Giada’s new book. I’ve posted the recipe below. 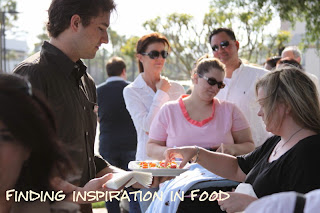 The nice thing about Giada is she stopped to talk to everyone. I had questions in my head for her and prayed I wouldn’t say anything stupid then blurted out how gorgeous she is in person. Oh geez, at least she was sweet about it and said “oh wow you’re so sweet” I then made it up by saying something a little more smart like how inspired I am by women like her in the industry. I did shake her hand and I think that threw her off a little, but I didn’t want to push it and ask her to hug me. 🙂 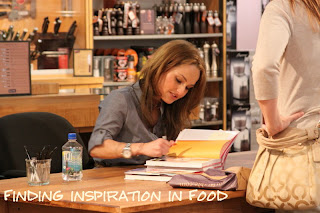 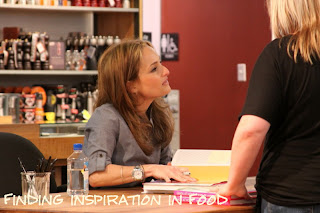 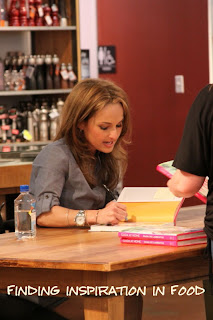 I had my friend (who I won’t name since she was supposed to be at work and got out early by saying she had a doctor’s appointment) take my picture the best way we could with Giada. It’s better then nothing! 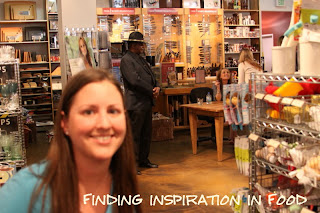 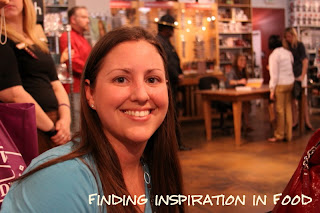 By the time I left the line was wrapped around the back of the store. 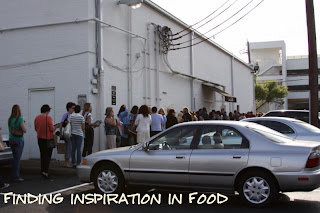 Since I live out in the burbs I got stuck in all the big city traffic on the way home. 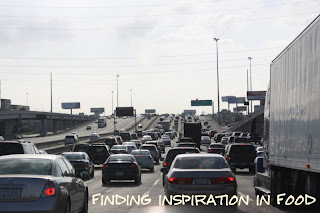 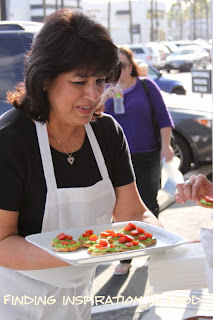 For the pea pesto: Pulse together in a food processor the peas, garlic, Parmesan cheese, salt and pepper. With the machine running, slowly add 1/3 cup of the olive oil and continue to mix until combined, 1 to 2 minutes. Season with more salt and pepper, if needed. Transfer to a small bowl and set aside.

For the crostini: Preheat a stovetop griddle or gill pan over medium-high.

Brush both sides of each of the bread slices with the remaining 1/3 cup olive oil and grill until golden, 1 to 2 minutes. Transfer the bread to a platter and spread 1 to 2 tablespoons pesto on each slice. Top each crostini with 2 tomato halves and serve. 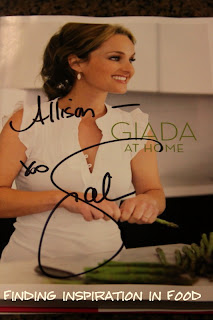