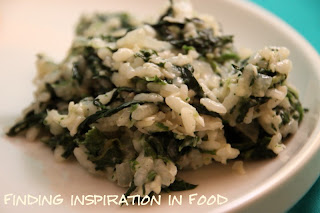 Risotto isn’t something I make a whole lot. It’s a little time consuming in the sense that you have to stir and stir and stir while adding liquid until it’s all soaked up. I like to call it a labor of love. Luckily it wasn’t an issue to make since my corn souffle was in the oven I had nothing else to do while I was waiting. I liked this dish, it had a creaminess to it as well as the spinach flavor I had hoped for. I found this on one of my phone apps, but it’s also on their site which I linked below.

Cook spinach according to package instructions and drain well. Cool spinach completely and squeeze dry by handfuls. (I just added the frozen spinach to the pan to warm up) 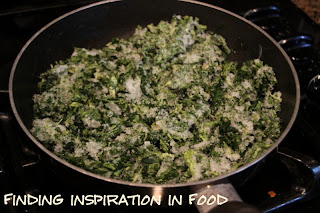 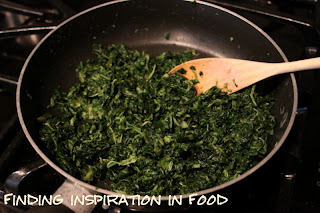 In a saucepan bring broth and water to a simmer and keep at a bare simmer. 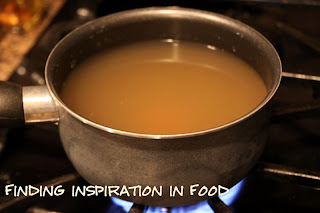 In a large saucepan cook onion in oil over moderately low heat, stirring, until softened. 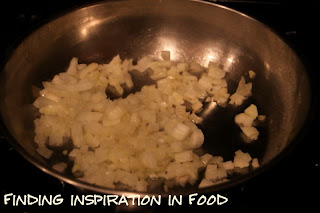 Stir in rice, stirring until each grain is coated with oil. Add wine or vermouth and cook, covered, over moderately high heat, stirring, until wine is absorbed. 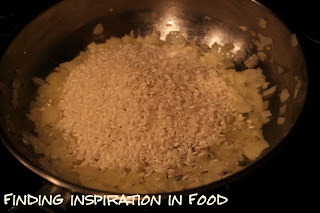 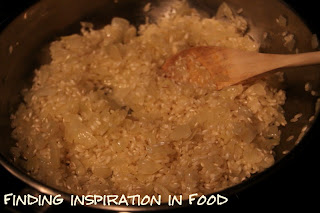 Add about 3/4 cup simmering broth and cook over moderately high heat, stirring constantly, until broth is absorbed. Continue adding broth, about 3/4 cup at a time, cooking, stirring constantly and letting each addition be absorbed before adding the next, until about half of broth has been added. Reduce heat to moderate if necessary to keep risotto at a strong simmer. Continue adding broth in the same manner until rice is tender and creamy looking but still al dente, about 18 minutes. 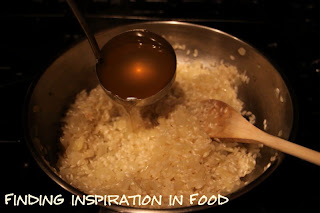 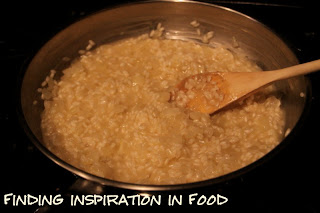 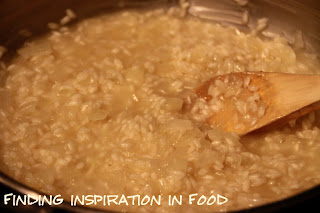 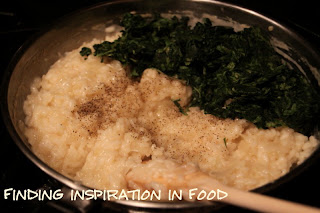 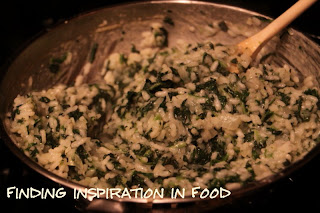 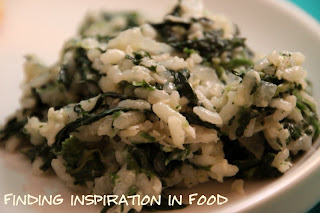