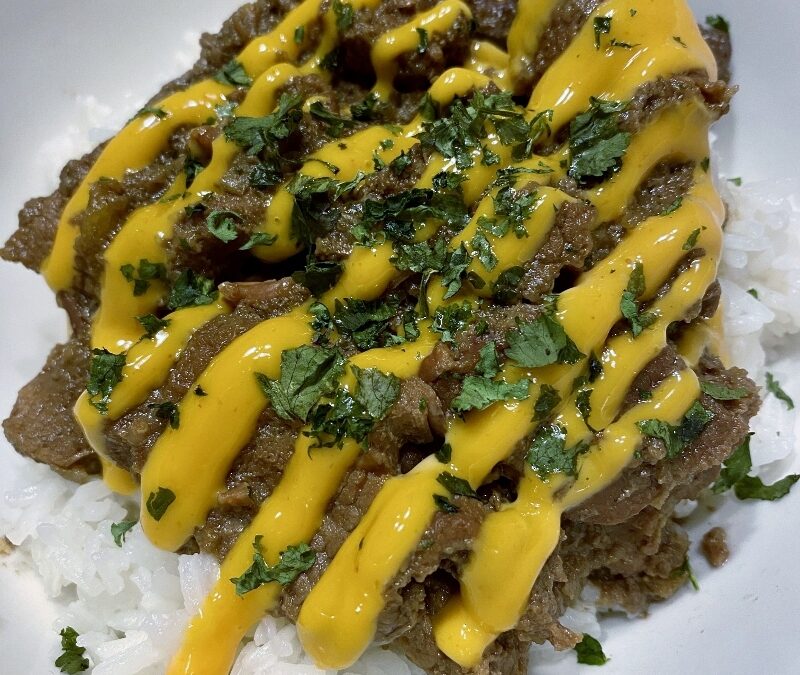 This was supposed to be a burrito, but mom fail and I was out of tortillas…..soooo we made it into a rice bowl and honestly it was really good that way too! This was super quick to prep and was packed with flavor. The pear gave it a little sweetness without knowing what it was in there. This is going into my rotation for sure!

KOREAN BBQ BEEF: Thinly slice the beef and pulse the pear, garlic, and ginger through a food processor. Put all the ingredients for the beef in a slow cooker. Cover and cook on high for 3-5 hours or until very tender and delicious.

Prep all your burrito fillings (cook the rice, mince the herbs, prepare the sauce).

Lay a flour tortilla flat on a piece of foil. Place the rice, meat, herbs, kimchi, and sauce in the middle of the tortilla. Fold the sides up, then roll it up front to back and wrap it with foil if you’re saving it for later. (We freeze these for easy dinners and lunches, and we also eat many of them immediately because they’re so darn good.)

NOTES
*Warming the tortilla a bit makes it easier to roll.

*If you can’t find kimchi, just toss a store-bought coleslaw mix with the spicy mayo or yum yum sauce. You won’t get the tang of the fermentation, but the crunch is on point.