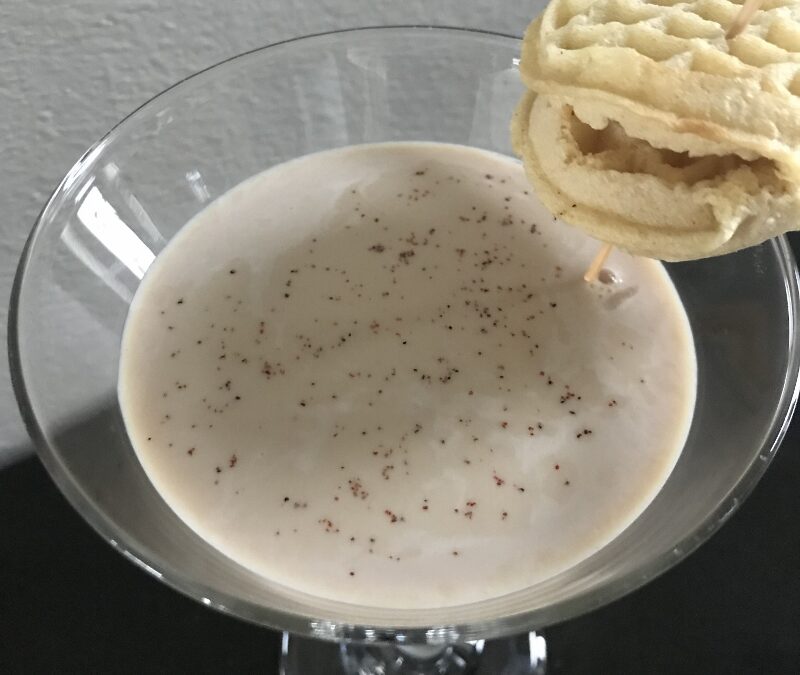 I always like finding different unique recipes. This one was different for sure. Not in a bad way, just in a “if it was on a menu would I order it, probably not” way. It was actually pretty tasty and would be great for a brunch or Christmas morning. I had some candy bacon dust a neighbor made for me which I used instead of bacon bits. I think bacon bits would be a little awkward in a cocktail. If anything I suggest grinding them up and using as a rim.

Begin by gathering your ingredients.

Cook a few pieces of bacon, let them cool, then crumble into small pieces.

Using the waffle recipe on the back of the Bisquick™ box, make mini waffles to garnish and dip into the cocktail.

Add the Irish Cream, milk, rum and maple syrup in a cocktail shaker with ice.

Shake vigorously for a few seconds until ingredients are combined.

Dip the mini waffles into the drink for an added treat.