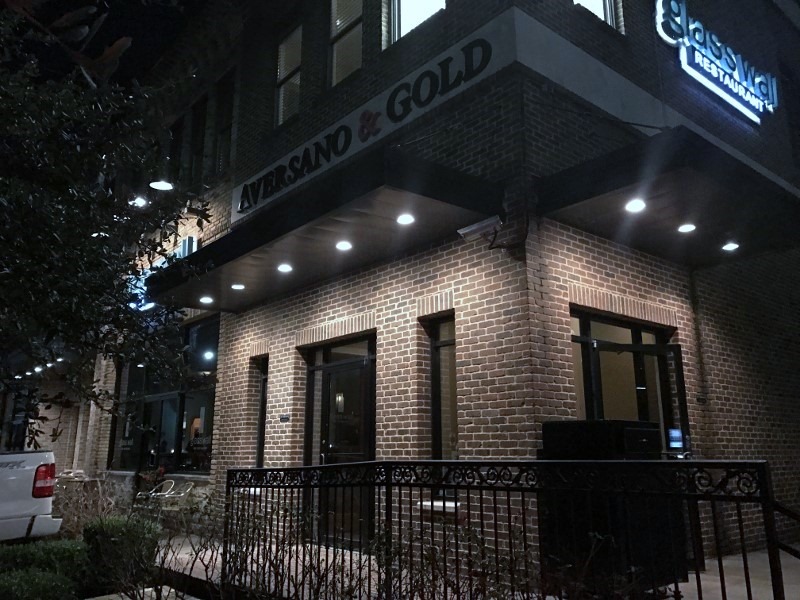 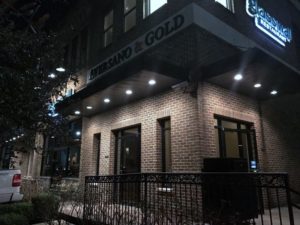 Glass Wall has caught my eye on the Houston Restaurant Week menu, but we never got a chance to try them out. We finally just decided lets just go on a date night. After dinner we decided we’ll be back for sure!

The inside is nice and trendy. They had a few floor heaters going since it was a cold night. We had to slip our jacket on a couple of times because it seemed the cold air was seeping through. 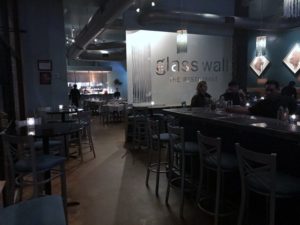 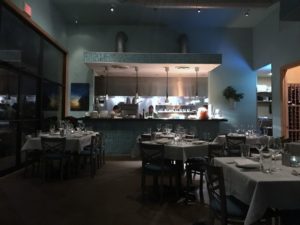 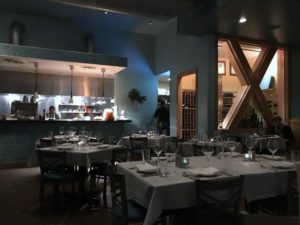 We started out with the Hamachi Poke Tacos $15 (avocado, ginger, wasabi, ponzu). D said he wouldn’t order again, but I liked them. Not at the price point but they where filling. 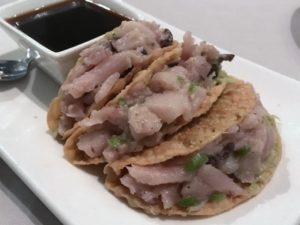 We also got a flavored butter and nice soft fluffy house made bread while we waited.

I ordered the Hereford Beef Tenderloin $34 (spinach/bone marrow mashers, cabernet demi glaze). This dish was wonderful! I thought the mashers should have had a little more of the bone marrow flavor, but they where really light and perfectly whipped. 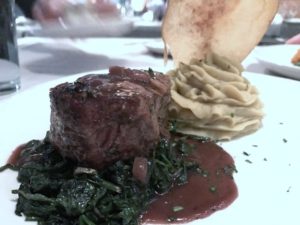 D ordered the Coffee Crusted Pork Chop $28 (hericot vert/sweet potato mash, espresso demi jus). He said he should have gone with his gut and picked something else. The saving grace of this dish was the sauce. 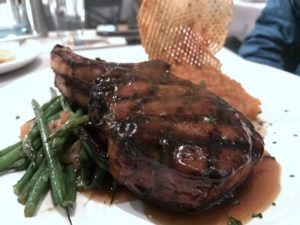 Finally for dessert we shared the Espresso Cheesecake $9 (Espresso Chocolate Sauce, Cinnamon Whipped Cream). O…M….G is this good! I found a similar recipe on Pinterest I can’t wait to try. It’s so good and the cinnamon whipped cream makes it! 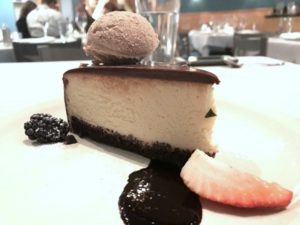