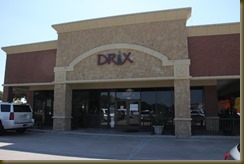 Drix has been around Katy now for a few years, and I have to say their family friendly concept is pretty appealing now that I have a child. If you walk in the to the left side is an adult only part of the restaurant and to the right side is a more family friendly side complete with a play area for the kids. They also have a good wrap around outdoor patio seating for those rare cooler days we get.

I like that the play area had one door in and out so kids can’t escape out another door. I would have to say this room is probably for a little older kids. I have a 2.5 year old and while he could climb up the steps to get to the top of the slide he could not reach to go back down the steps, resulting in mommy trying to squeeze in small spaces to retrieve him. They have 2 computers set up and a screen on with cartoons, so plenty variety I just wish the viewing area from the table was a little bigger to see all areas of the room. 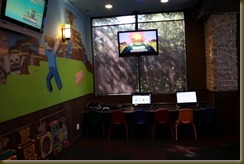 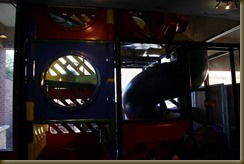 One of my pet peeves (or cleaver marketing on their part) is when you click on menus their website takes you to Facebook where you have to look for the menu. Little annoying because I couldn’t view from my phone and had to go on a computer to view it. At any rate their prices seem about average and most of their lunch items are under $10. 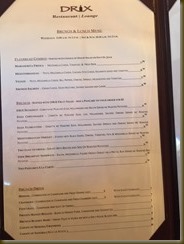 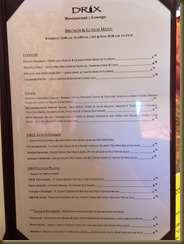 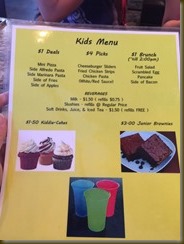 Lets do the kids menu and knock that out of the way. I ordered my son the Chicken Tenders $4 and Apple Slices $1. Having ordered chicken tenders at other places I think $4 is a little steep when it comes with nothing. Most kid meals are around that price. I guess the price you pay for eating out. The chicken seemed good from the bite I took and my son polished off the plate so I assume he liked them too. 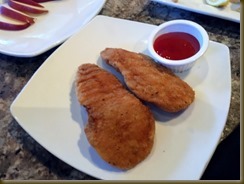 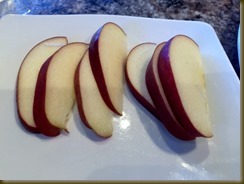 I ordered 2 appetizers the Tuscan Hummus $5.99 (Topped with olive oil and cayenne pepper served with flatbread) as well as the Calamari Fritte $7.99 (lightly breaded and served with garlic aioli). Normally I don’t order hummus while out since D doesn’t care for it so I was excited to have the chance to get some today. I happened to really like it and would suggest ordering it again. The calamari was good, but I didn’t care for the aioli, it was really watered down and kindof had a strange taste to it. Next time I would pass and try something else, plus I thought the portion would be a little larger, but maybe that was just for lunch. 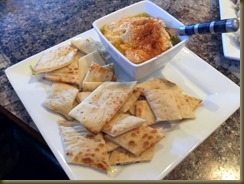 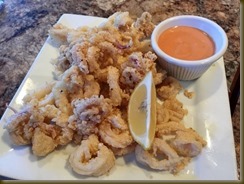 For my entrée I ordered Masala $9.99 (Grilled chicken breast topped with a masala and mushroom sauce, served over linguine pasta). The pasta was one of the best alfredo’s I’ve had out in public in a long time. While the chicken masala was good I wished it was a large piece of chicken breast and not so pounded out thin so it would have been a better value. You also got a choice of soup or salad, which I chose a Greek salad. 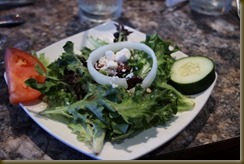 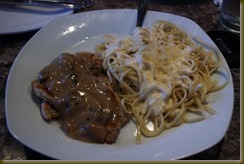 Since I was with a group of ladies I caught a few snaps of what they ordered as well. I didn’t get to taste them, but got a little feedback to share with you.

Pesto Pasta $9.99 (grilled strips of chicken tossed with linguine pasta and creamy pesto pasta). Apparetnly this one is a big hit as a few people had tried it before and really liked the dish. 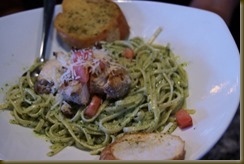 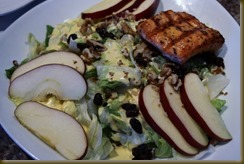 Veggie Flatbread and Margherita Flatbread $7.99 each and come with a choice of soup or salad. Comments I heard where that the flatbread was drizzled with a little too much olive oil, but overall a good value. 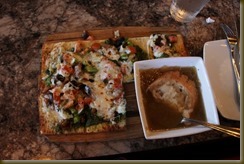 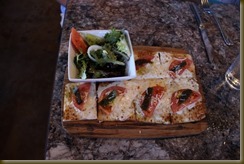 Overall would I go back? Yes, and I think probably without a kid in tow next time and try their happy hour menu. I think there’s other better lunch spots, but this really isn’t that bad and not overly crowded like most places during the week. I also read reviews that say they have a really good brunch, so I may have to go back to try that.