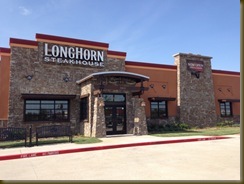 We recently had a Longhorn Steakhouse open up on our side of town. Even though it’s a chain restaurant we have never been to one before. Honestly before we got there I was already thinking it would be a “just ok” kind of place like Outback Steakhouse, but I was pleasantly surprised. Once inside the decor is really nicely done in Western style. If no one was there I would have thought it was an upscale place, but they designed it that way on the family friendly casual side. 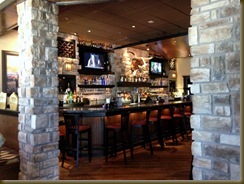 Of course looking at the menu there is a ton of choices. I wasn’t expecting the best quality or quantity with the prices being lower. While we waited to order the waitress brought over some honey whole wheat bread and butter. I could have used another container of butter, because they didn’t give you much to use, but they never brought me more every time I asked. 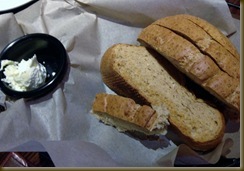 I did really like our waitress Jessica V. She was very outgoing and helpful since it was our first time here. One new pet peeve I have is them asking if you want a cocktail or appetizer right when you sit down, even asking if you have ever been here before. I just wanna look at the menu for 1 minute. She talked us into trying the Firecracker Chicken Wraps $8.49 (We call these Firecrackers because they are bursting with flavor! Spicy grilled chicken and cheese wrapped in a crispy flour tortilla, served with a cool Avocado-Lime dipping sauce.) They where good, but there wasn’t much chicken in them. I did like the sauce and ended up dipping my bread in that once we where out of butter. 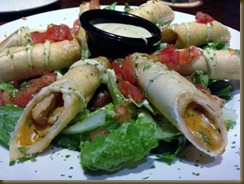 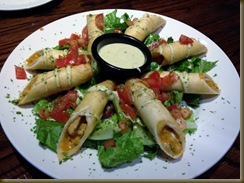 For the entrée I chose the 8 ounce Rancher’s Sirloin $15.49 (A juicy, grilled sirloin topped with applewood smoked bacon, a sunny side up egg & bordelaise sauce.) Each steak is served with choice of side, salad. The Caesar salad was ok, not the best or worse I’ve ever had just not memorable and a little lack of flavor. As the side I upgraded for an extra $1.59 to Steakhouse Mac & Cheese (Corkscrew pasta, four cheeses & bacon.) Normally I ‘m a filet girl, but I thought I would branch out and try something new. Sirloin has a real strong meat taste to it so I see why they had sauce, egg and bacon to it. Overall it was good, but not something I would pick again. The mac and cheese was really good. 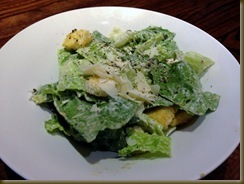 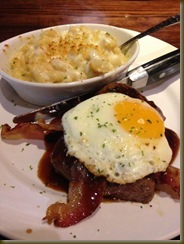 D ordered the 12 ounce Ribeye $19.49 (Cut fresh, juicy and flavorful.) and as a side chose the Sweet Potato with Cinnamon & Butter. His steak was really good and better then most restaurants. 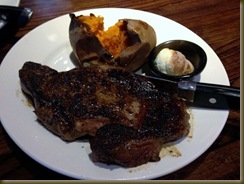 Overall for a nice meal on a budget this is a good place to go and you can bring the kids. We’ll be back again to try some of the other things they have to offer. Before you go check out there website and fill in your email to get a free appetizer.