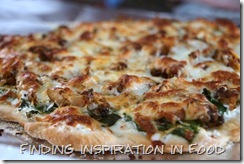 We had used up some hot wing sauce that I had gotten, problem was I didn’t taste it before I used it. We like spicy food don’t get me wrong, but we put this in the lava level of heat. My lips burned for a good 45 minutes after eating a hot wing. Holy moly!!! 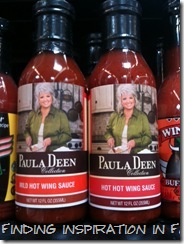 We grilled the wings then tossed them in the sauce. 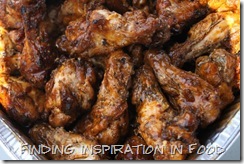 I hated to waste them, but they where way too spicy to eat so I shredded the meat and decided to make a pizza out of it. We had also thought about making a wrap or salad, but I ended up having just enough to make a medium size pizza.

Once the pizza dough baked most of the way through I topped it with a bunch of ranch. 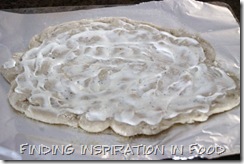 Next I added torn arugula and the flaming hot chicken. 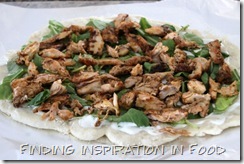 Finish up the layering with some mozzarella cheese and pop it back in the oven until heated through and the cheese is nice and golden. 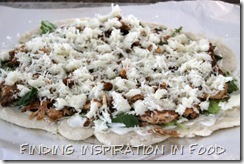 Let it sit a couple of minutes so the cheese sets a little then cut in desired shapes. 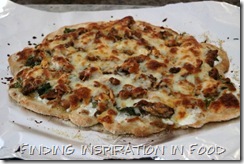 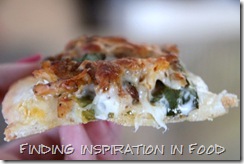