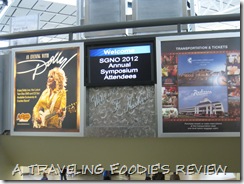 Our flight landed an hour late due to weather so we have to get in our rental car and book it from Nashville to Lynchburg. We had 1:00pm reservations at Miss Bobo’s Boarding House. There’s only 2 available times (11am and 1pm, there’s also a 3pm on the weekends) and if you miss it you miss it so we tried as hard as we could to get there on time. Turns out we where a little over 40 minutes late so we didn’t get to sit with our other table mates to eat because it’s all done family style and they where on dessert. 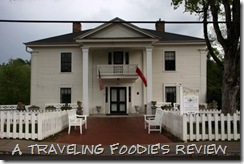 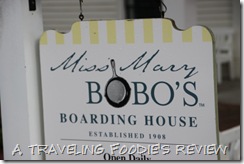 The kind girls there where sweet to make us a plate and said they would refill anything we needed. We did have to sit in a separate room that they weren’t using, but it all worked out in the end. The cost it about $20 a person, but it’s well worth it. The food is really good and you get to learn about all the history. The menu does change so you might not get the same thing we did. We had fried chicken, black eyed peas, cream of corn, fried okra, broccoli casserole, corn muffins, buttermilk pie and Jack Daniel’s candied apples. 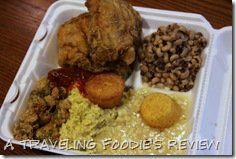 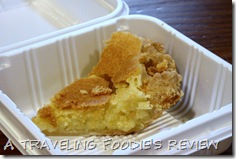 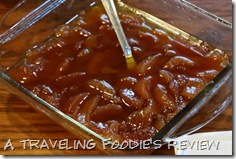 After we stuffed ourselves we headed over to Jack Daniel’s to take a tour of the distillery which was something D was really looking forward to. He also just became a Squire so we got the visit the secret room. You can’t take any pictures in the buildings on the tour, but you can of the outside part. The tour is pretty neat if you are in the area be sure to check it out, they are 9am-4:30pm and last about 1hr 15mins. It’s also free. Since they are in a dry county you won’t be able to drink any, but you can join the $10 tasting tour or buy a “collectable” bottle of liquor there. 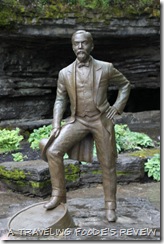 We stayed at the Millennium Maxwell House Hotel in Nashville. I had found a good deal on Groupon. While the hotel seemed nice and the rate was good, we where on the 9th floor out of 10. Normally that’s a good thing, but beware the 10th floor is the ballroom floor and if there’s a party going on they will last till midnight. We thought it was a club or something and not knowing complained to the front desk which just laughed at us on the floor then 10 minutes later called back and asked if we wanted to switch rooms. Since it was late we just stayed where we where. This is also a hotel where traveling school groups stayed so there where a ton of large groups of kids.

I though the area was ok until we ventured out to the nearest liquor store which I don’t recommend! I’ve never felt so unsafe in my life. You walk in and you are in a tiny area surrounded by bullet proof glass with a man and all the liquor behind it. I don’t suggest venturing out into the neighbor hood around the hotel just stick to the main street in front of the hotel. 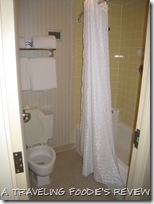 View from the elevator of Nashville: 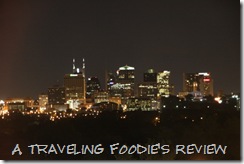