We always love going to McCormick & Schmick’s they never a let down when we go. While we looked over the menu we snacked on the bread and butter and ordered a bottle of 2010 Nautilus Sauvignon Blanc $39. Not usually the wine I would pick it’s a little more sweeter then we normally like, but it wasn’t bad. 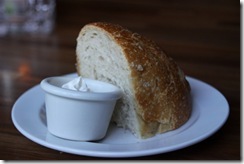 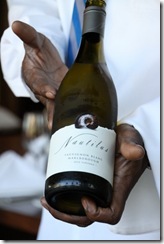 For a starter we ordered the Lump Crab Tower $13.95 (Avocado, Mango, Orange Vinaigrette) Honestly I wouldn’t order this again it was a little bland and just blah. 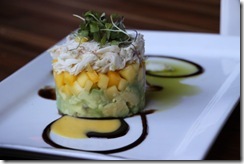 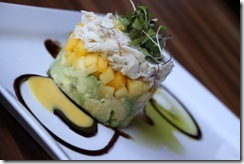 We also shared a bowl of Lobster Bisque $11.95. We loved their crab bisque, which wasn’t on the menu this time, but the lobster won’t disappoint you. 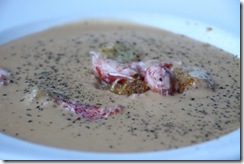 D ordered the Stuffed Atlantic Salmon $26.95 (Lump Crab, Bay Shrimp, Brie Cheese, Mashed Potatoes, Vegetables). We where so excited about ordering this because it was fantastic last time, but this time it was a little ehh. The waiter asked if we would like extra crab meat and we should have said yes. I don’t like that they scaled back to charge you extra now. 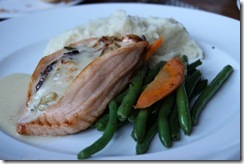 I ordered the Chef’s Recommendation Blacked Texas Redfish $27.95 (Skillet Blackened, Topped with Sautéed Lump Blue Crab and Citrus Butter). The fish was perfect the citrus sauce tasted like nothing except butter. When I asked the waiter what kind of “citrus” was used she said “oh there’s orange, lemon, lime, you know you’re common citrus flavors”. What?! Are you kidding me I wasn’t saying name all the citrus you know I wanted to know what the hell was in the sauce because it didn’t taste like anything. I concluded our waiter was good at making stuff up as he went along after the wine wasn’t what I described I was looking for and now this. 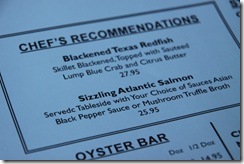 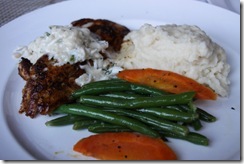 Overall we had a good meal, just had better in the past. We where informed they changed up the menu to their better, more popular selling dishes and I think it was a mistake. The miso cod was fantastic and it’s not listed nor where some of the other fantastic dishes I’ve had in the past. I think what he meant to say is it’s changed for the season.