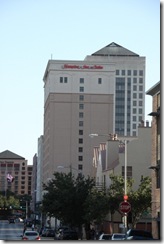 Austin is a city I really love, it’s close to home, yet feels like another world. It’s filled with culture, history and great food. I usually like booking historic hotel and not chain ones, but for the first night I had to opt for Hampton Inn to be in the area we wanted.

The inside was nicely done. We did have some issues with our stay though. When I was checking in, the guy had issues and couldn’t complete the transaction so he had to cancel the whole thing and rebook it, not a huge problem, it just took 20 minutes to check in. It’s a Saturday night and we are a block away from 6th street which is a party street. I get that I knew that going into it, but the walls are super thin here. What was the need for the vacuuming in the hallway outside our door for 30 minutes at 2am? The next morning I wake up to the bill slipped under the door. Apparently the guy re-booked the room at the full price of over $200 instead of my discounted rate of $130. The lady at the front desk corrected it and all was well, but not happy about having several issues all for 1 night in a hotel.

The one thing I loved here was the breakfast. Plenty of choices from oatmeal, cereals, waffles, buffet lines, lots and lots of choices! 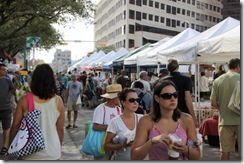 We headed down to Republic Square Park for the weekly Downtown Farmers Market. I love supporting small businesses and nothing is better than supporting the local farmers. 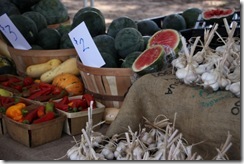 One stand offered fresh sodas and grilled pizzas right on the spot. We stopped to try the peach soda. Very refreshing on a hot day! 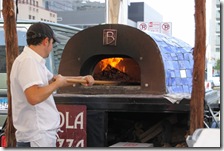 After working up an appetite we hit our first food stop, Izzoz Tacos. I’ve recently had this food truck obsession and with so many in Austin I couldn’t wait to dive right in. The idea was to order one thing and move to the next truck, but D was starving so we each ordered something. There’s plenty of seating available and even though it was hot we still enjoyed the fresh air. 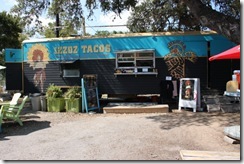 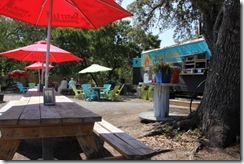 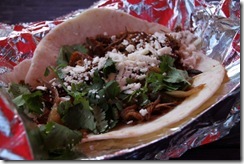 I went with The Slowrider $3 (Braised Machaca Beef, Caramelized Onion, Catijo Cheese, Cilantro). I wasn’t wowed by it, but it was ok. The meat seemed dried out and it could have had more sauce on it. 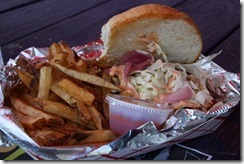 D ordered Pulled Pork Tortas $6.50 (Slow Roasted with Ancho Chilies, Slaw, Pickled Red Onion, Chipotle Aioli, served with Garlic Fries). The reason for this stop was for the garlic fries and they where excellent!  Like the taco the sandwich seemed to lack flavor. The only thing that helped it along was the slaw which was good. 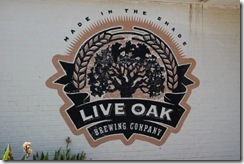 Our next stop was Live Oak Brewery. If you want to make it on one of their tours on a Saturday, be sure you register for one of their slots via their website, because the sell out quickly. Who doesn’t love free beer? I was fortunate enough to call and speak to someone to squeeze us in 2 last minute spots so I could include them on my foodie tour of Austin. The brewery has been around for a while and started out with 2 home brewers. Word of 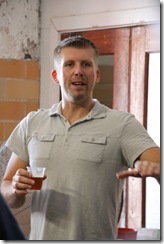 caution, you really don’t want to visit in the summer time. The area where you do the tasting is un-air-conditioned, there are several large fans, but it’s hot when it’s 100 degrees F out! We stayed for 4 tasting, and left because we couldn’t take the heat anymore. The lead guy was informative and answered everyone’s questions. Overall I have to say they do have good beers. I love a good hefeweizen and really enjoyed this one. D’s pick was the Amber. We where surprised with how good they all are when we usually just stick to certain ones. I recommend attending the tour if you’re in town, just beware with the summer heat! 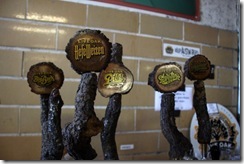 Next place we stopped was Treaty Oak. The Treaty Oak, a once-majestic Southern live oak in Austin, Texas, is the last surviving member of the Council Oaks, a grove of 14 trees that served as a sacred meeting place for Comanche and Tonkawa Tribes. Forestry experts estimate the Treaty Oak to be about 500 years old and, before its vandalism in 1989, the tree’s branches had a spread of 127 feet. Not exactly a hip tourist stop, but it is a huge tree and really neat to see history in a different form. 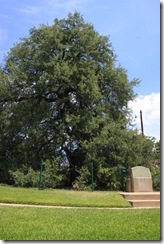 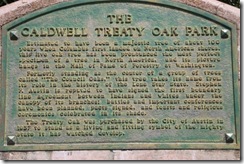 We headed back to the hotel to rest up a little then headed out to grab a bite at G’Raj Mahal. By far my favorite stop! 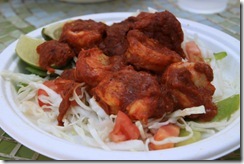 I loved everything about this charming place. The waiter was fantastic and a great help with the menu since we don’t know a lot about Indian food. You might recognize this place if you’ve seen Eat Street. Ever since then I knew I had to try the Recard Masala $13 (A fragrant red chili seafood exclusive, fish or shrimp only). If you like spice them oh wow this will light you up. I 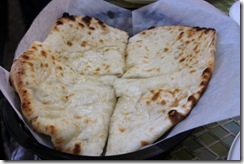 went with the shrimp and I couldn’t stop eating it! I also ordered the Coconut Naan $3, suggested by our waiter. The sweetness and spice paired so well together. They brought us a bowl of rice to share, but if you need more you just let the know and they bring more. D ordered the Vindaloo $16 (Spicy and Sour Tomato Sauce with Lamb and Cooked Potato). The flavors just melt in your mouth and the lamb was so tender.

Once again we where stuffed then headed to Black Star Co-op. D loves to try new local beers so we wanted to try this new place that recently opened that’s a Co-op program. Members decide on the new beers to be brewed and they range from rational (traditional beers) to irrational (wild flavors and complexity). If you’re not that adventurous don’t worry they also have local breweries on tap.

We decided on one more food stop for the day before heading out for one of Austin’s biggest hits. Torchy’s Tacos is another food truck 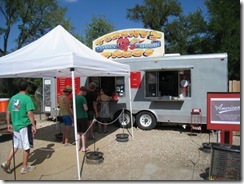 located in what’s known as the South Austin Trailer Park and Eatery. Basically it’s an area of 3 food venders with a covered eating area. First let me remind you it’s 103 degrees F. by now and I honestly think the back of my legs got burnt while standing in line. I did really like that they offered ice cold water in water coolers for free. People took advantage of that since it was sizzling hot out. We where still full from eating and drinking as our day progressed so we split a Green Chili Pork Taco $3 (Slow-roasted 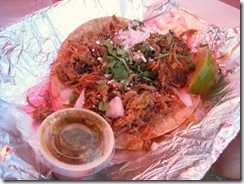 pork carnitas simmered with green chilies and topped with queso fresco, cilantro, onions and a wedge of lime. Served with tomatillo sauce on a corn tortilla.) Now this was the taco I had been craving, full of flavor and texture and yummy goodness. By far the best taco we had on the trip. I recommend stopping here. Their prices are reasonable and they have a nice variety. I really wished we where more hungry because I wanted to try one of everything. 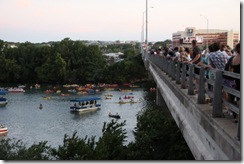 By 8pm we headed out to the congress bridge. A magical thing happens here when the sun sets. 750,000 bats ascend from under the bridge and fly out in search for food. Most reviews say you need to be there between 8pm and 8:30pm. To be safe, I say 8pm because the bridge fills up fast with people and you want to get a good stop. There’s tour boast that will take you out or you can rent a boat as well to take in the site from below. 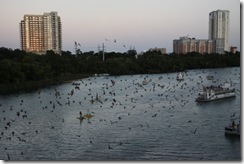 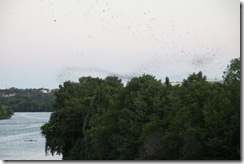 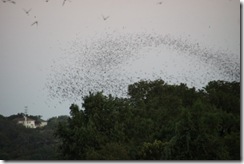 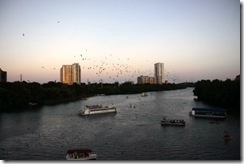 The perfect end to an awesome day! Many more adventures to come the next day so stay tuned.