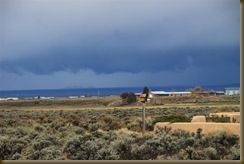 Today is a raining day! It’s Easter Sunday so a lot of the shops we stopped at in town weren’t open. 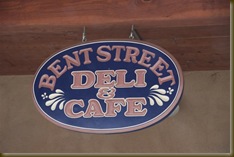 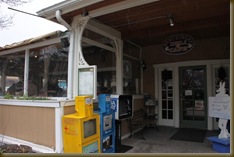 We decided to have lunch at Bent Street Cafe & Deli. Since it was cold and wet out a cup of soup sounded really good. We chose a bowl of the New Mexico Green Chile (cup $3 or bowl $4.50) MMMMMM so good! The flavor was good as well as the consistency. I could have eaten another bowl of this by myself. 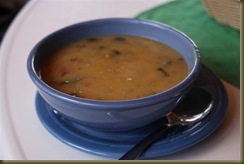 The also bring you a basket of 2 spicy cornbread muffins while you decide what to order. I would have like a couple more of these, but it was nice to munch on while we waited on our food. 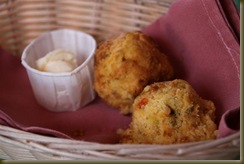 I ordered a Bent Street Sub $8 (ham, Genoa salami and pepperoni with provolone, Monterey jack, onion, lettuce, tomato and vinaigrette on French bread) The vinaigrette really made this sandwich I enjoyed it and would order it again. 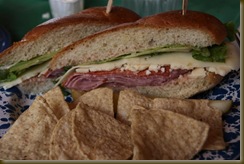 D chose the Rio Grande $7.25 (pastrami and Swiss served hot on light rye with Dijon) It was tasty, but we both agreed that it could have used a little more meat on it. 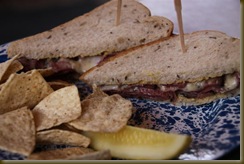 The sandwiches come with tortilla chips then they ask if you want salsa which they charge you extra for. 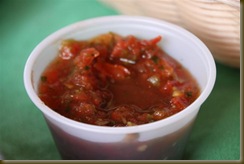 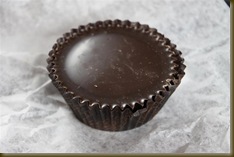 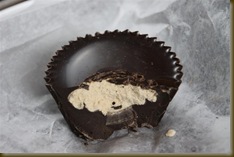 The rest of the day was spent vegging out in front of the tv by the fire and watching the rain come down. 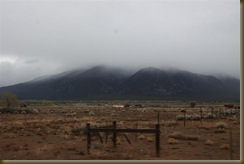