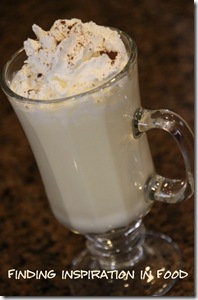 Today is all about one of my favorite things about the holidays……eggnog! Not the healthiest drink of choice but in small amounts it’s pure bliss. My mother in law had the right idea about the flavored ones out this year. Just buy the original eggnog then add your own flavors to each glass. For pumpkin eggnog add some pumpkin pie spice, for cinnamon add cinnamon, get inspired and try a new flavor!

Christmas eve we had a block party and one of the request was home made eggnog. Me being the adventurist type accepted the challenge and it turned out to be a huge hit. I doubled the recipe so the pictures will look like a little more then the recipe shows. I also brought this eggnog dip that was eaten up quite fast. We preferred the pound cake with it because you could taste it better, the strawberries seemed to over power the flavor. Get inspired and try your favorite drinks in a new way! 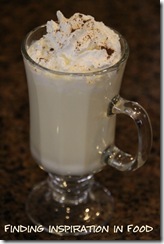 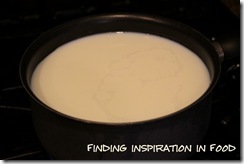 Meanwhile, with an electric mixer on medium-high, whisk 5 large egg yolks and 3/4 cup sugar until very thick and pale yellow, 3 to 5 minutes.

Add half the scalded milk to the yolk mixture, and whisk until blended. 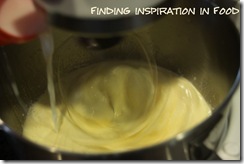 Stir into remaining milk, and cook, stirring constantly, over low heat until it is thick enough to coat the back of a spoon. 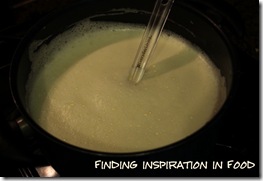 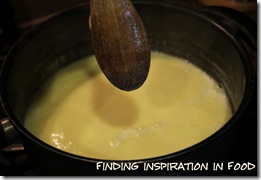 Remove from heat, and immediately stir in 1 cup heavy cream. 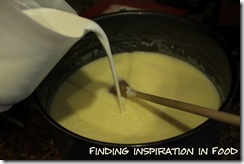 Pass the mixture through a sieve into a medium mixing bowl set in the ice-water bath. Let stand, stirring from time to time, until chilled. 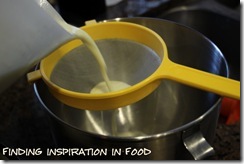 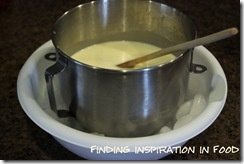 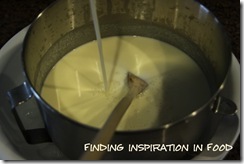 Transfer eggnog to a punch bowl or to individual glasses. Whip 1 cup heavy cream to soft peaks. Top each serving of eggnog with a dollop of whipped cream, and sprinkle with grated nutmeg. 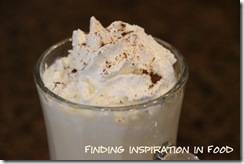 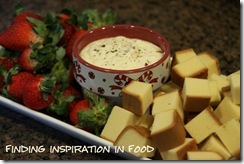 In a saucepan, combine the eggnog and cornstarch until smooth. 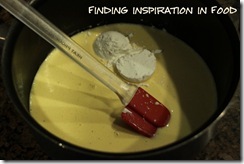 Bring to a boil; boil and stir for 2 minutes. Remove from the heat; stir in sour cream. Cool completely.

In a mixing bowl, beat whipping cream and sugar until stiff peaks form. 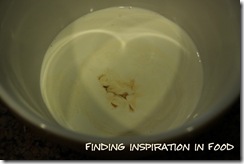 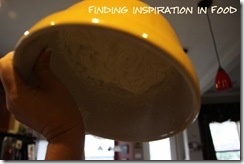 Fold into eggnog mixture with extract if desired. (I added the extract to the whipping cream.) 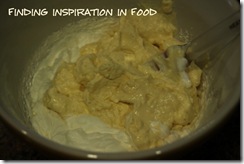 Cover and refrigerate overnight. Serve with fruit and pound cake. 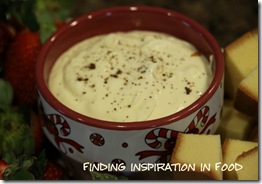 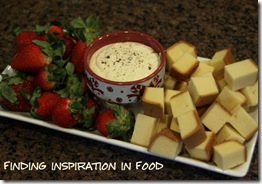