We started out with an easy flight from Texas to New York/Newark, NJ arriving at 5:20pm. Our flight to Barcelona was scheduled to leave at 7pm and as soon as we got on the plane I was praying people would hurry up and sit down because a dark cloud was headed our way. 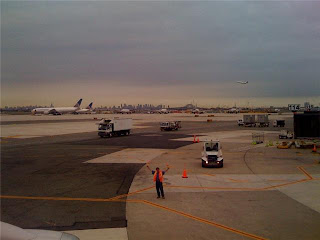 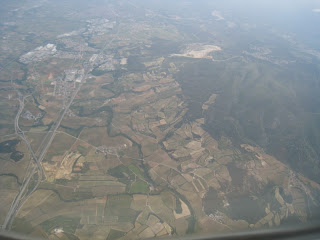 Once we landed we grabbed a cab and headed to our hotel Hesperia Ramblas. The location couldn’t have been any more perfect. It’s in the middle of La Rambles Street (similar to Bourbon Street in New Orleans, just less crazy) yet on a little side street which is really quiet. We took a quick hour nap before heading out to explore Ramblas Street and grab some lunch. We where told lunch in Spain was around 2pm and dinner around 9pm. I wasn’t sure we would be able to adjust, but we did since the sun doesn’t start setting till the 8:00 hour I see why they eat dinner so late. 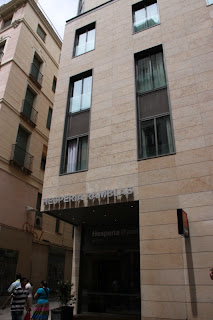 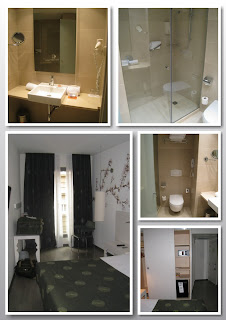 One thing you will notice right away are the amount to mopeds and motorcycles. They are every where! 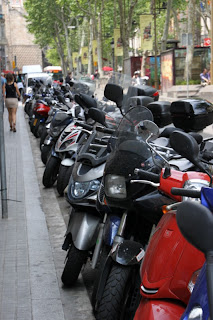 For lunch we ate at Restaurant Egipte. They had a special where you get a 3 course meal with a drink or wine for a reasonable price. 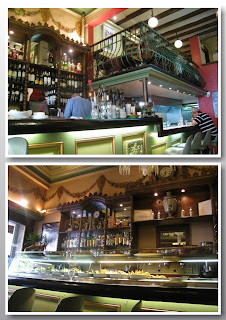 The wine is individual bottles and is the house wine you just get to pick red or white. 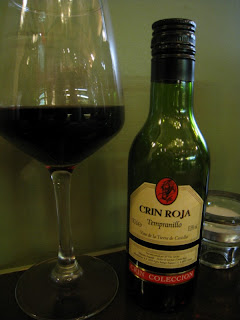 I ordered the cannelloni (left picture) and D got the Seafood Pudding (right picture). The cannelloni is to die for the seafood pudding was to try something new and wasn’t something I would pick again even though D said he would probably eat it again if it was heated up. It was similar to a tureen.

For the main course I ordered the Codfish Au Gratin and D ordered the Grilled Steak with Green Pepper Sauce. Both of us could have eaten a huge plate of the codfish it was cooked so perfectly and the spinach below was flavorful as well. The steak on the other hand was ok and a little over cooked. If you like green peppers then you will like the sauce.

For dessert I ordered the pineapple cake and D ordered the apple tart. The cake had some sort of raisin sauce, I liked it but D wasn’t a fan of it. The Apple Tart was really good though.

After eating we went walked around Ramblas some more and headed in the famous St Joseph Mercat known as La Boqueria. If there’s one major thing to see in Barcelona for a foodie then this is the place! I could have left all my stuff at home and moved here today just because of this market. Just know that on Sunday’s it’s closed so arrange your schedule wisely. The vendors want to keep you moving so you don’t block their stands for paying customers so if you want to go just to look or take a lot of pictures then I suggest going first thing in the morning. More pictures to come of the market tomorrow, but here’s the entrance and a couple of the vendors. 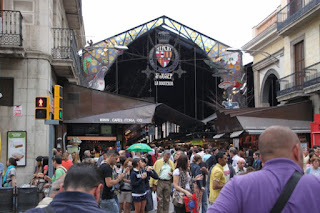 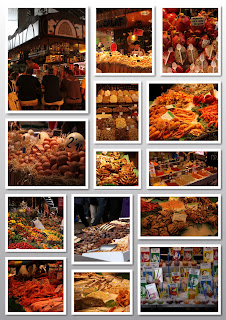 Street entertainers are a huge part of Ramblas and as night falls more and more appear. If you give them a tip they gladly pose for pictures and some act out a scene. 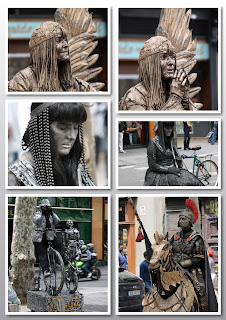 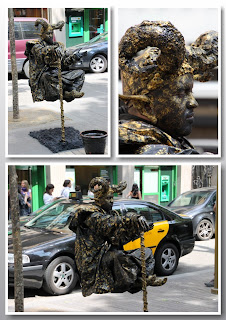 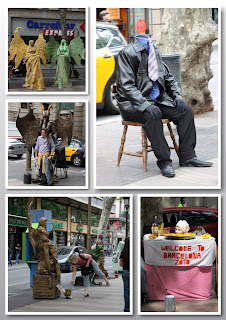 All along Rambles there are vendors who sell anything from from chickens to flowers to souvenirs to food. 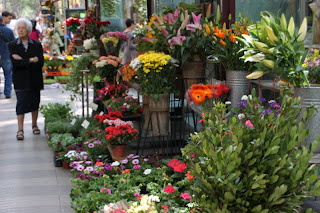 At one end of Rambles is Place de Catalunya which links the old town with the new extension laid out in the 19th century following the demolition of the city walls. There’s a huge open area which people feed the birds. I kept my distance and watched from the sides. 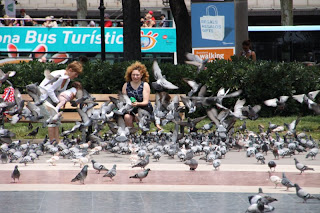 We headed back to the hotel to freshen up and rest a little to kill some time before heading out to dinner. We chose a little street cafe on Rambles called Micky’s. 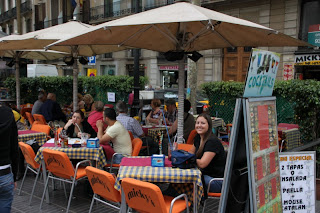 Two things I knew I wanted where paella and sangria. 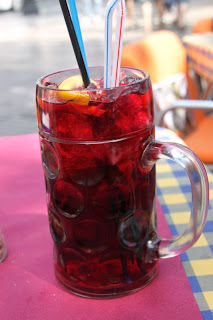 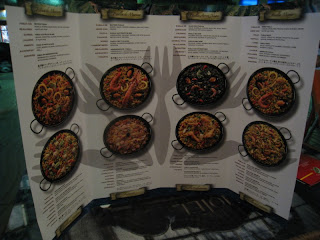 We went for the classic seafood paella and when it came out we where a little shocked that the seafood was cocktail size and hardly any in there. The flavor was there I just wish they had more seafood. 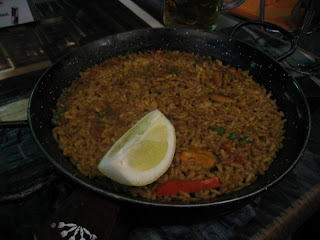 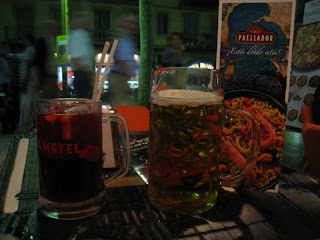 After dinner we went across the street for some gelato. 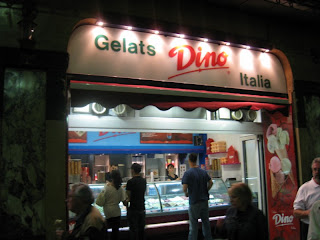 There where more flavors then I could imagine. 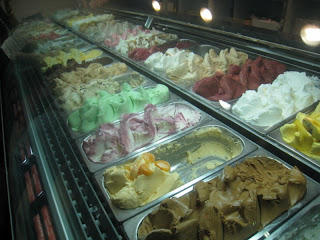 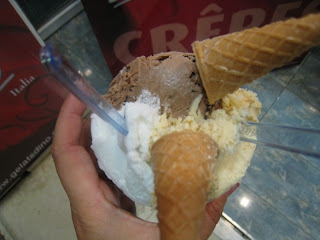 We headed off to the hotel while stopping at a couple of street acts along the way and got a good nights sleep.