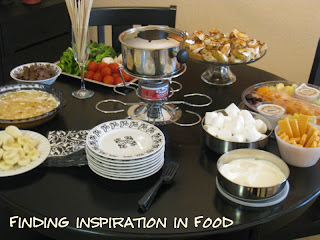 It’s May already and summers kicking off which means lots of birthday’s and anniversary’s and parties! Today is the first of many birthday’s in May so shout out to our buddy Tad, Happy Birthday!! If you don’t know him you’ll be seeing pictures of him within the next couple weeks because he’s one of our BBQ contest team members.

I meant to post this last week, but ended up in my own little world painting instead, so you’re getting this a week late. I was invited to a girls night fondue party and it was a lot of fun! I brought my Italian Fondue for a little bit of savory. We had lots of great dippers including meats, veggies and bread. 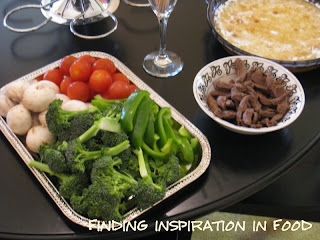 On top of that we had sliced bread topped with apple slices and brie toasted under the broiler. 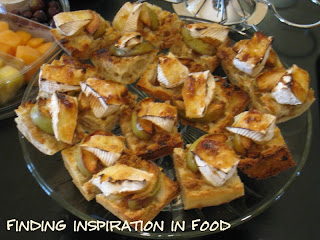 And what’s a girls night without sweets?!?! Lemon square’s, chocolate fondue, marshmallow fondue with dippers such as cookies, all kinds of fruits and marshmallows. 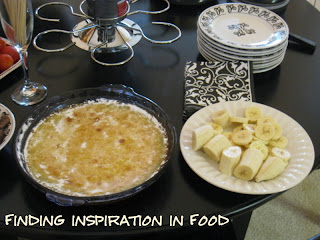 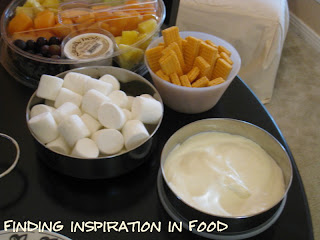 Today’s recipe is the marshmallow fondue shown in the picture above. It’s so easy you’ll be shocked you haven’t made it before. A little bird also told me it’s great as an icing on cookies too.

Beat all ingredients together until blended and chill.