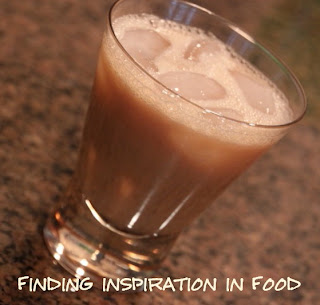 There’s no way it’s already February! It seems our schedule is starting to pick up again. Saturday I had to work a rodeo event at 6:30am. It seems after I was able to wear shorts last week the cold has found us again. It was 36 degrees and having to work outside for 4 hours isn’t what I call fun either. It finally warmed up to 40, but that was late in the day. I squeezed in a nap and made the neighbors kids some cupcakes to bribe them into watching our dog for the night. 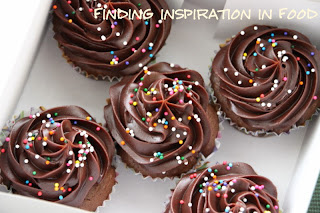 We went to dinner then to the Jeff Foxworthy, Bill Engvall, Larry The Cable Guy comedy show with some friends. Our seats where on the floor area and it was a very funny show. At the end they all came out and told some jokes together which was pretty neat. 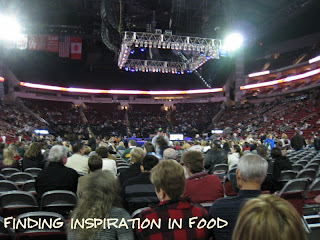 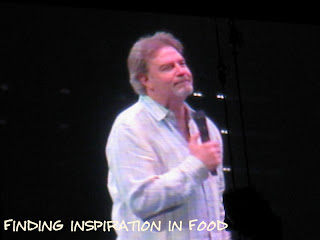 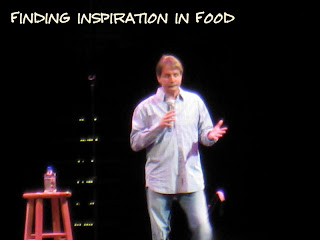 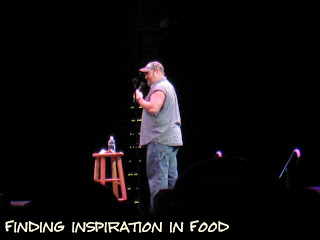 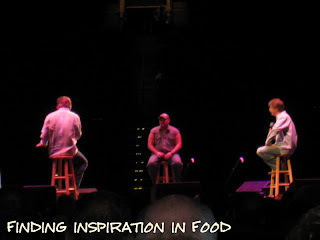 Sunday we had a party for my husband’s grandfather who turns 89 today. I wanted to share the cake I made for him which turned out really cute. I made everything from scatch then once I frosted the cake I added little dots around the base. 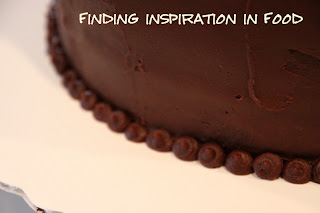 Next I added some brown M&M’s around the sides of the cake. 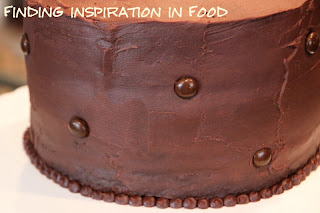 Add sliced almonds around the M&M’s so it makes 3D flowers. 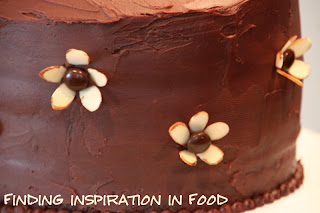 For the top I made 3 flowers which I put the candles in the middle of them instead of M&M’s. 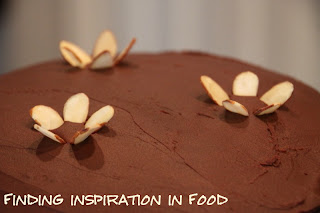 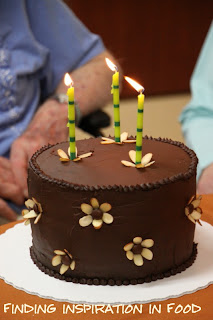 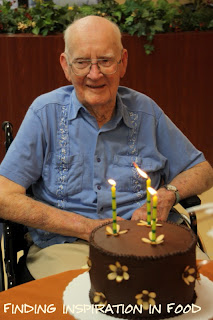 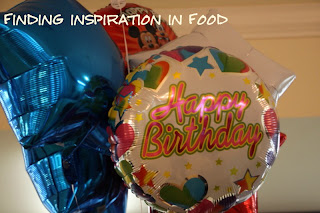 With everything going on it’s good to sit back and enjoy a really good cocktail which I found. I hope you give it a try.
Roasted Toasted Almond
(Adapted from About.com)
1 ounce vodka
1 ounce Kahlua
1 ounce Amaretto
milk or cream

Combine vodka and liqueurs in an old fashioned glass filled with ice.

Fill with milk or cream.

Shake by placing a mixing tin over the glass and giving it one or two good shakes. 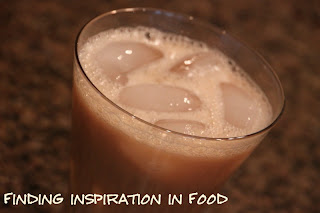 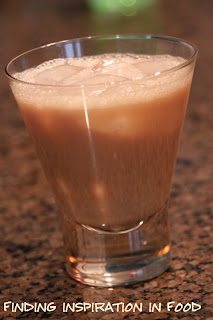