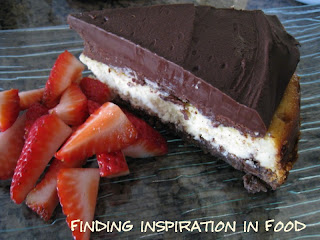 Ok drum roll please………my big news is today is my last day of work! I currently work as an operations manager with my hubby and brother in law who are fixed income brokers. I’ve been them for 8 years and finally made the choice to move on to something different. My passion since I was young was hotel/restaurant management and I dreamed of opening my own place one day. Well, while I was dating my hubby he needed help as they where switching firms and could use a hand to fill out new account forms. I said yes and have been there ever since. I wouldn’t change it for anything and have learned so much from the experience, but I feel like my life is passing me by and I’m missing out of the other passions I have. So, my goals for now is to be able to focus on my cooking, photography, crafts and try to start a family. I dabble in cooking contest and I want to be able to put 100% effort into creating recipes, but as many of you know there’s not enough hours in the day when you have shopping to do, cleaning and laundry all after a long day at work. So for you that means more recipes and time being focused on my blog rather then just rushing to get something posted. As I’m excited about retiring from my job I’m scared because it’s a total change of pace for me. I know things will work out at some point in time because it’s a huge passion for me and I have a lot of drive going.

So now on to the celebrating, lets have some cake! I’ve been eyeing this cheesecake since I got the cookbook, it’s simple yet very fancy looking and looks like you spent hours working on it. Plus you can tell everyone it’s all made from scratch. If you’re pressed for time I’m sure you could sub a box mix for the brownie bottom, but the recipe is worth giving a try because it’s just as simple as mixing up a box mix. If you do a box mix just know you are going to end up with a richer tasting cheesecake that’s more heavy like the Cheesecake Factory. I do have to admit I left it in the oven when it just needed 5 minutes which turned into 15! I think I need a timer attached to me because I always try and wing it and I keep loosing track of time. Makes me glad this time around that I used a little smaller pan which ended up not drying out the cheesecake due to over baking. Also, since I used a smaller pan logic didn’t set in with me that I probably don’t need that much chocolate topping so I should have cut back on that. Oh well learn as you go, but I’m sorry you have to see an inch worth on top.

Before I get to the recipe I wanted to thank everyone who reads and follows. I really appreciate your support and I hope you find some tasty recipes or at least drool over some of the pictures. It’s great to have technology such as blogs as an outlet to share our life with the world. 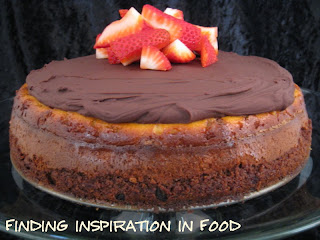 Microwave chocolate squares in microwave-safe bowl at high for 1 minute and 15 seconds, stirring after 45 seconds. Stir until smooth. 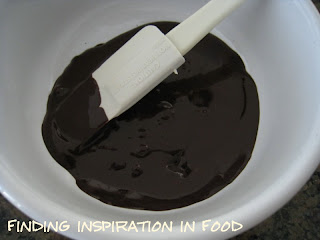 Beat butter and 1 cup sugar at medium speed with an electric mixer until light and fluffy. Add 2 eggs, 1 at a time, beating just until blended after each addition. 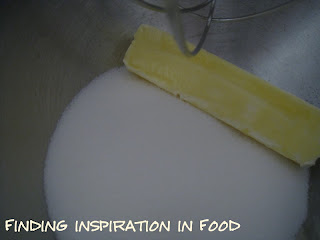 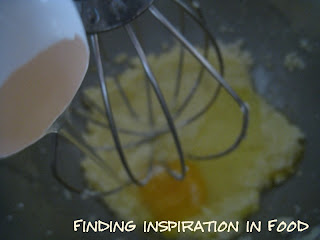 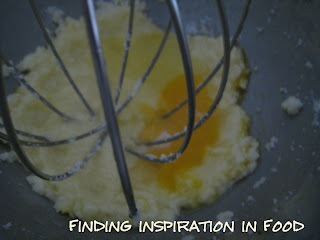 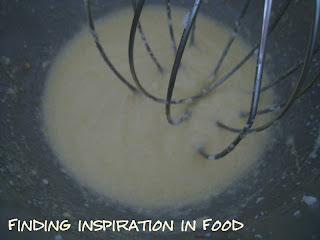 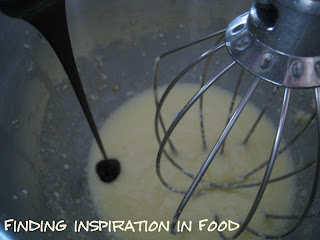 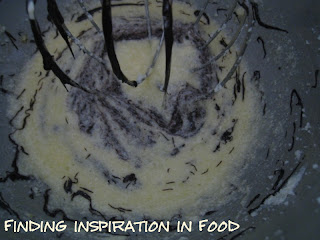 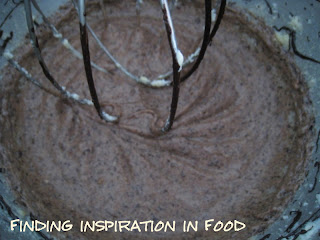 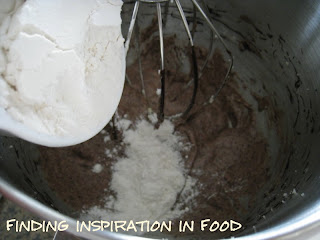 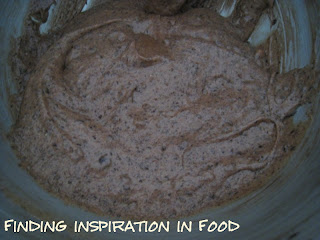 Sprinkle pecans evenly over bottom of greased and floured 9 inch springform pan. Spoon batter over pecans. (I would reccomend that you line the pan with parchment paper. When I served the cake the pecans and fudge crust stuck to the bottom pretty bad.) 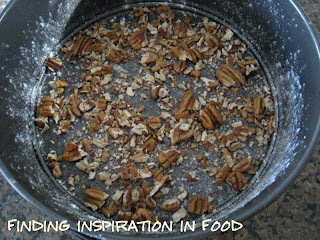 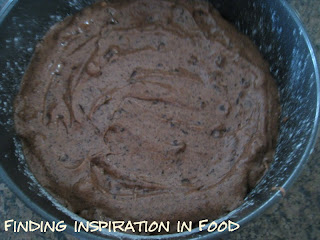 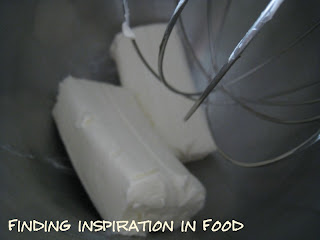 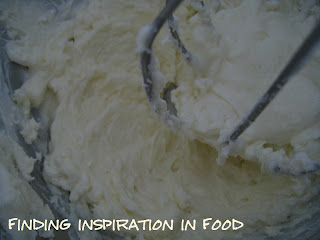 Add 4 eggs, 1 at a time, beating until blended after each addition. Stir in remaining vanilla. Pour cream cheese mixter over brownie mixter. 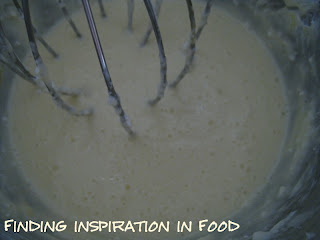 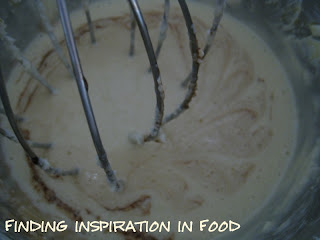 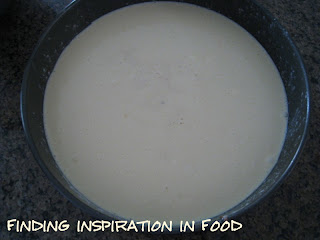 Bake at 325 degrees F. for 1 hour or until set. Remove from oven; immediately run knife around edge of pan, releasing sides. Cool on wire racks. (As the cake cools you’ll see that you’ll get a lip around the edge that will hold the choloate topping.) 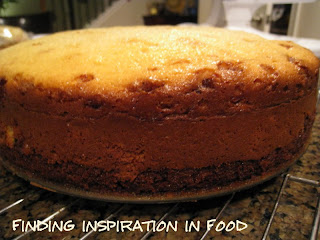 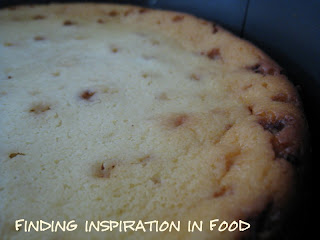 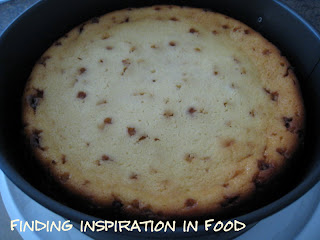 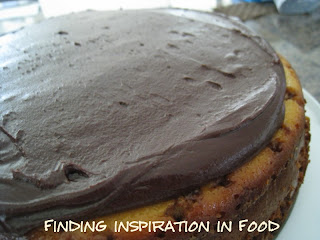 Cover and chill 8 hours. Remove sides of pan before serving. Garnish, if desired. 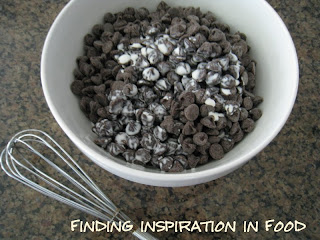 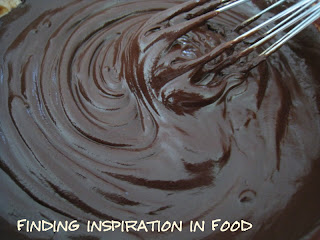 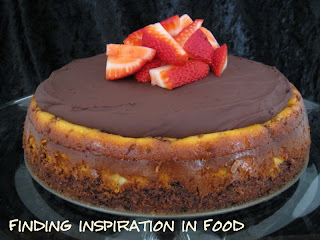 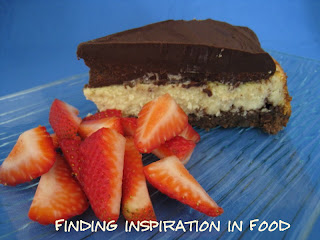 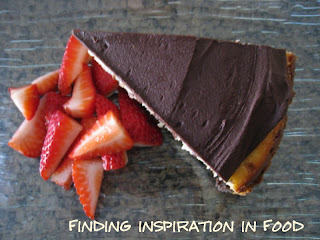