Happy Monday! We have another busy week and it seems it’s like the next several weekends are booked as well. I swear summer is just as busy as Christmas for us. We have 21 birthdays in May and June! I better go stock up on cards this week. Sunday before last we did a trial run for a BBQ cookoff coming next weekend. (I have my BBQ baked beans recipe coming up this week.) Last year we took 2 of the 4 categories and we’re looking to sweep them again this year. (If you wanna see last years pictures click HERE.) Not too bad for being the smallest pit out there and only entering 3 categories. The only bummer is it’s on my hubby’s birthday so he’s not super excited about that.
Anyway, back to my inspiration gone south. The Pillsbury Bakeoff is the largest around. My goal is to one day make it there. I’ve read books about peoples experiences and heard all the tails, but I wanna see it for myself. And hey, why not try for the million dollar prize money? This year I got 6 recipes in. One of my experiences didn’t turn out so hot so I figured I would share it with you and show you I’m human and not everything I make is good, even though some people still don’t believe me.
I had the idea to make a fried cinnamon roll ball and create a dipping sauce. (I can’t share that because even though the fried cinnamon roll failed the sauce was good.) I’ve fried biscuits before and turned them into doughnuts so why couldn’t I make fried cinnamon doughnuts?
The first cinnamon roll I cut in half and pinched it together to look like a mini roll. That didn’t hold too good so I just mashed it all into a ball. My hands smelled good for 2 days and my fryer smells like cinnamon for 2 months now! 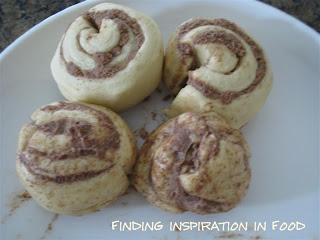 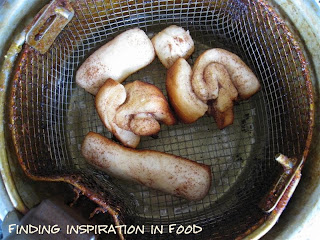 Needless to say the balls didn’t hold together and I resorted to just unrolling the roll and cutting it in strips. Once fried they totally lost the cinnamon flavor and tasted bland. (I think my hubby said burned on a couple because frying cinnamon doesn’t work it will burn.) 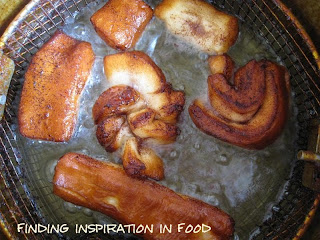 Looking back I wonder why the heck I didn’t think cinnamon would burn duh that’s why you add seasoning after you fry something. Oh well back to the drawing board. It might break you down to have a couple flops in the kitchen, but it makes you stronger and it makes a good story later on when you tell your friends don’t try it because it was horrible.
Hope you have a great week!! Up next is my favorite BBQ baked beans…