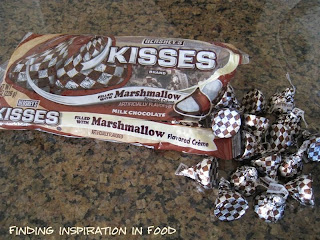 I feel like it’s the holidays already with 2 awards in one week I’m jumping for joy! A special thank you to Veronica at Supermarket Serenade for a yummy chocoholic award. What perfect timing for the fudge recipe I just listed. So what’s more chocolaty then fudge you ask? Well, I’m going with chocolate bark because it’s mainly chocolate with the added guest of marshmallow. Since I have lots of Hershey kisses (thanks to Jenny using the pumpkin spice which I’ve been on the hunt for, I’ve been picking up every other type they make in fear she’ll find something else I don’t know about) I figured this would make a great experiment. 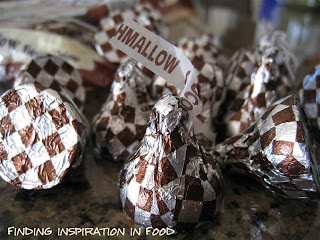 I took a couple of kisses out and arranged them on my silpat then popped them into a 350 degree oven for 5 minutes. 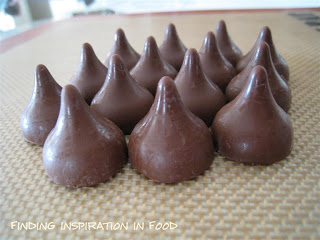 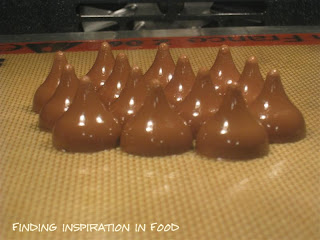 When the looked about done I took them out and swirled them, except they didn’t swirl so I got a knife out and spread them. Kisses aren’t meant to be turned into chocolate bark so keep them for the cookies or eat them as is. 🙁 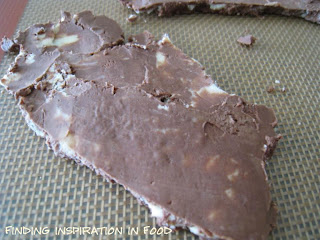 It looked ok, but it’s super fragile and I couldn’t move it without making it crumble. So lesson learned use the baking chocolate!
In the meantime since my chocolate bark was a flop lets move on to some recipes that do work. I’m passing the award along to several other people that make me wish the chocolate had no effect on my growing back side… 🙂

Maria and Josh at Two Peas and Their Pod Maria has a killer cake ball recipe I’m currently addicted to right now. (A special thank you to Laura for making them for me!)

Prudence Pennywise has some tasty treats and she’ll show you how to save some “dough” as you make them too. She also has the cutes kids that she spoils rotten with her good cooking!

Barbara at Traveling Aprons is a newcomer to blogging and she has a wonderful blog with recipes, tips, travel reviews and movie reviews. She also has a chocolaty millionaire brownie which is to die for!

Thank you for sharing your wonderful recipes with everyone!

Speaking of sweet…how sweet is this cutie? We have been approved to adopt Mocha and she’s been with us since Saturday! 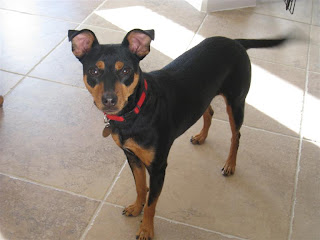