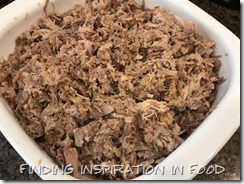 A friend of mine has made this for us before and we fell in love with it. It doesn’t get any easier than this, but I warn you go light on the salt, because it can get a little salty.

Here’s what I used, I think ours was little salty due to the chipotle sauce being a finer salt I should have used way less than the 1/2 tablespoon that I did with the tablespoon of sea salt. 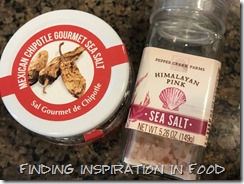 Lined the slow cooker with 3 slices of bacon. 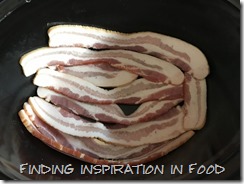 Weigh the pork so I could estimate how much salt to use. I followed Judy Rodger’s rule of thumb: use ¾ teaspoon of medium-coarse salt for every 1 pound of meat. (Using fine salt? Use about half that amount.) 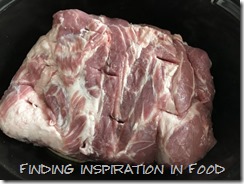 Then, cut some slits into the meat and tucked in the garlic cloves and salted the pork all over. 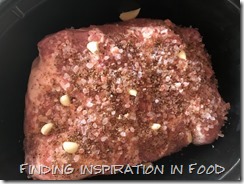 Place the roast on top of the bacon in the slow cooker , skin-side up.

Roast on low for about 16 hours. (Note: newer slow cookers are hotter and may only require 9-12 hours on the low setting.) Don’t add any liquid!

When the pork was finished cooking, remove the meat from the liquid and shredded it with two forks. Don’t just shred the meat in the cooking liquid—it’ll be too salty! 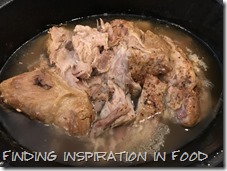 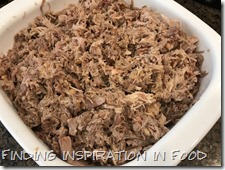