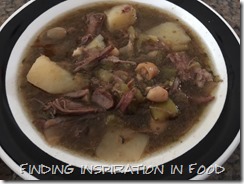 Hubby is a big fan of the Hatch Green Chiles when they are in season, but if you can’t find them they do can them and work just as well. I think the stew could use a little additional seasoning, but overall it was really good.

(Adapted from Cooking on the Ranch)

Preheat the oven to 300° F. Season the meat with salt and pepper. 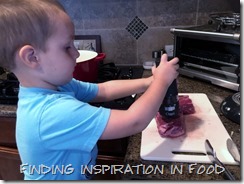 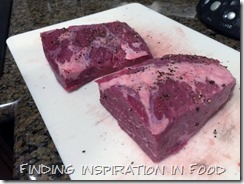 Heat the oil in a large, ovenproof pot over medium high heat until shimmering. Brown the meat on all sides, working in batches to avoid overcrowding. As the meat is browned, remove and transfer to a bowl or plate until all the meat is done. 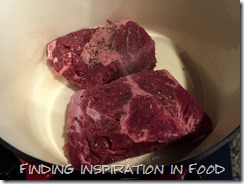 Reduce the heat to medium-low and add the onions and garlic. Add a pinch of salt to release some of the juices from the onions. Cook 3 to 5 minutes, stirring often and scraping the bottom of the pan with a wooden spoon to dislodge the browned bits. 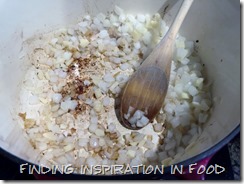 Return the meat to the pan and add the stock and the green chile. Bring the mixture to a simmer, cover the pot with a lid and braise in the oven for 3 hours. 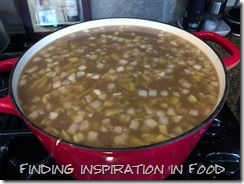 Remove the pot from the oven, add the potatoes and return to the oven for another 45 minutes, at which point the meat should be very tender and starting to break down in the broth. 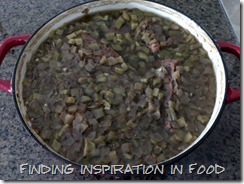 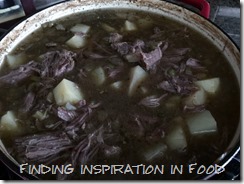 Remove from the oven and stir hominy and the oregano. Adjust the seasoning with salt and pepper to taste. Use a ladle to skim off the fat if desired. 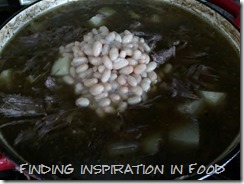 If making a day ahead: Transfer the stew to another container to cool slightly, then refrigerate. Before reheating, skim off and discard the solid fat cap. Reheat gently and adjust seasoning if desired. 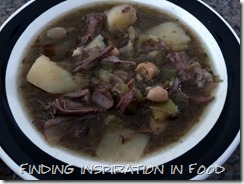 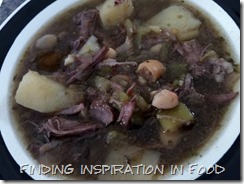