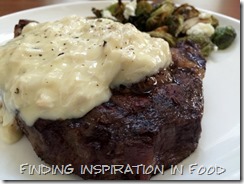 We love our Sunday steak night and what makes it even better is when we all get to cook together. I also don’t mind having an extra set of hands in the kitchen. Tonight my son was in charge of the steak sauce. We love Oscar style on steaks. The only problem is I messed this one up a little not waiting for it to cook down all the way so it had a stronger vinegar taste to it. 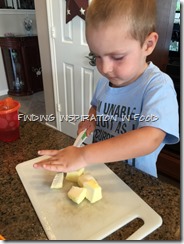 I saw this on Southern Boy Dishes website and thought it was an interesting read. –

“Steak Oscar allegedly acquired its name from a famous New York epicure. Oscar Tschirky, maitre d’hotel at New York’s Waldorf-Astoria, became known as Oscar of the Waldorf because of his hard-to-pronounce last name. Born in La Chaux-de-Fonds, Switzerland in 1866, Oscar migrated to the United States in 1883, and settled in New York City.

He began working as a busboy in New York, eventually making his way through the ranks to become maitre d’hotel at the Waldorf. Although never a chef, he became quite the epicure with a published cookbook. Some sources speculate that Waldorf Salad and Eggs Benedict are his creations. He also had a hand in popularizing Thousand Island salad dressing.”

8 tablespoons unsalted butter, cut into 8 to 10 pieces, plus one tablespoon

To prepare the sauce, add about 1 inches of water in a small sauce pan and bring to a simmer. In a small skillet, bring vinegar, wine, and shallots to a boil. Reduce to medium heat and cook for 8 to 10 minutes until reduced to about 2 tablespoons. Strain liquid into a heatproof bowl that will fit over the sauce pan. 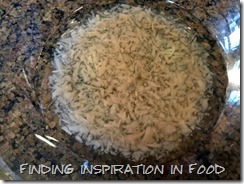 Whisk egg yolks into vinegar mixture and place bowl on the sauce pan over simmering water. Continue whisking for 3 to 4 minutes until mixture begins to thicken. Make sure water is barely simmering and not boiling. When mixture has thickened and appears slightly shiny, begin adding butter one piece at a time, allowing each piece to melt before adding the next. (Make sure you cook it down all the way otherwise you have a stronger vinegar taste to your sauce.) 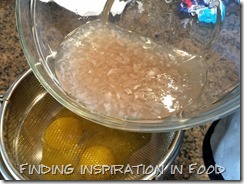 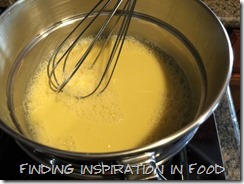 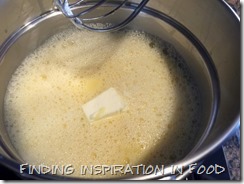 When all butter is incorporated, add tarragon and salt and pepper to taste. If not serving sauce immediately, keep over simmering water, whisking regularly. (I added in the crab now instead of leaving it whole on top of the sauce.) 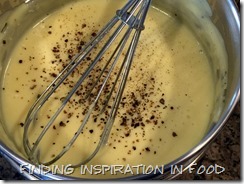 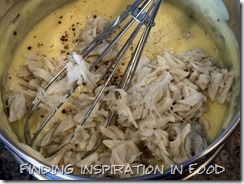 Season filets with salt and pepper and drizzle with olive oil. Heat a cast iron or non-stick skillet over high heat. Place filets in skillet and sear for 3 to 4 minutes on each side. Transfer skillet to oven. If not using an ovenproof skillet transfer filets to baking pan. Use a meat thermometer and cook to 130 degrees for medium rare or 140 for medium. Remove from oven and cover with aluminum foil and allow to rest for 10 minutes.

While filets are resting, steam asparagus until just fork tender. Drizzle with olive oil and season with salt.

Melt 1 tablespoon butter in a small skillet. Toss crabmeat in butter just long enough to heat it, being careful to not break it apart.

To assemble, place filets on serving plates. Spoon sauce over steak, top with crabmeat, and serve with asparagus. 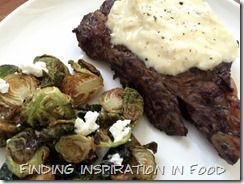 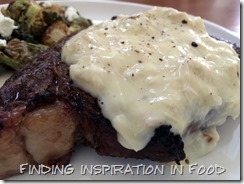