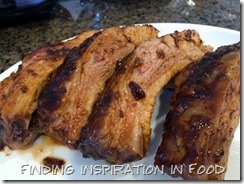 Since we haven’t had any free weekends to smoke some ribs, I thought I would give this recipe a try. I’m not a huge fan of how they turned out. Although it was 10x easier cooking them in the oven they just don’t have that great grilled taste to them. With the leftovers I tossed them on the grill to reheat and put some grill marks on them and they came out a lot better. So in conclusion, go ahead and make them in the oven then toss them on the grill to finish them if you want to cut down on time. I can’t wait till we smoke some ribs, we really enjoyed the flavor of the sauce.

Spicy Dr Pepper Ribs
(Adapted from Pioneer Woman)
Printer Friendly Version
1 cup Brown Sugar1 can Dr. Pepper
1 can (5 Ounces) Chipotle Peppers Packed In Adobo
1/3 cup Brown Mustard
1 Tablespoon White Vinegar
3 cloves Garlic, Minced
2 packages Pork Baby Back Ribs
Prepare the marinade by gently boiling the first 6 ingredients in a medium saucepan until reduced and thick, about 20 minutes. Allow to cool completely. Divide into two containers and refrigerate one container for later. (Toss it in the food processor to blend it so you don’t have to chop up the chipotle peppers.) 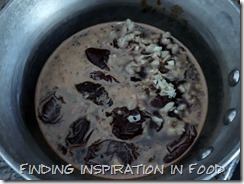 Place ribs on a large baking sheet lined with heavy foil. Brush half the marinade all over the ribs on both sides. Cover with foil and refrigerate for 8 hours to marinate. 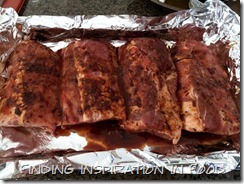 When you’re ready to cook the ribs, preheat the oven to 275 degrees. Place the pan, still covered in foil, into the oven for 2 hours. Remove the foil and increase the temperature to 300. 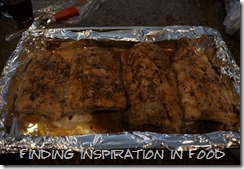 Using the other half of the sauce, brush another generous layer all over the ribs. Return the pan to the oven and continue cooking for another 30 to 40 minutes, brushing on another layer of sauce as it cooks. 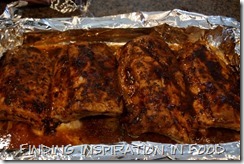 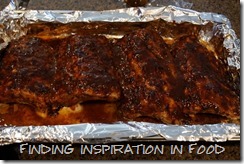 Remove the ribs when they’re fork tender (keep cooking until they are). Slice and serve! (Ours where not done and needed to cook longer, but it’s a great transfer to the grill point if you want.) 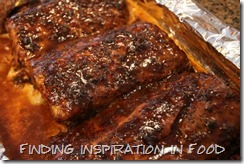 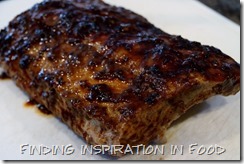 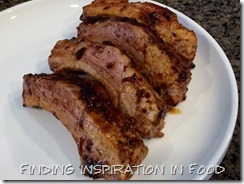