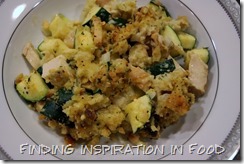 We LOVED this dish! I also think it would be easy to make ahead and freeze if needed. We used grilled chicken and also added some Cajun seasoning over the top before it baked. I found a cream of chicken soup with herbs that I also used for some added flavor.

In a large bowl, combine the stuffing mix and melted butter. Set aside ½ cup of the mixture for the topping. 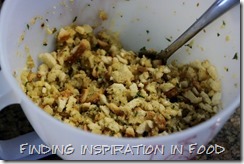 In a large bowl add the zucchini, chicken, soup, onion and sour cream to the remaining stuffing. 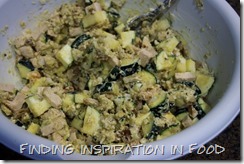 Place the zucchini mix into a greased 9×13 glass pan and spread out evenly. 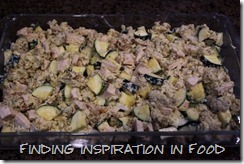 Sprinkle reserved ½ cup stuffing mix on top and bake uncovered at 350 degrees for 40 to 50 minutes or until golden brown. 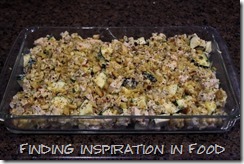 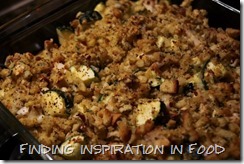 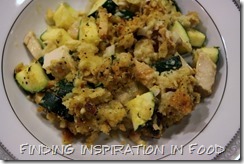