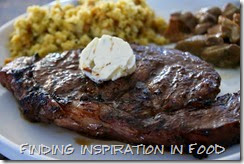 This recipe calls for a flat iron steak, but I just had some rib eyes on hand and used those instead. I don’t think this will be on my list to make again I didn’t taste the marinade at all, although the butter was good, that I recommend trying.

(Adapted from The Runaway Spoon)

1 slice of bacon, cooked until crisp

Finely chop the cooked bacon, and place it in a bowl with the remaining ingredients. 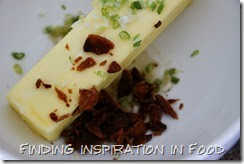 Use a fork to thoroughly mash and whip the butter until well combined. Scoop the butter onto the short end of a piece of waved paper and use the paper to roll the butter into a tight log, twisting the ends like a candy. Refrigerate for several hours until firm. The butter will keep for a week in the fridge or can be frozen for a few months. 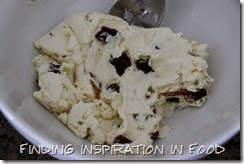 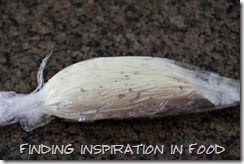 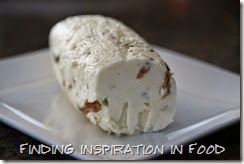 Combine the soy sauce, bourbon, vinegar, honey and oil together in a bowl and whisk to combine. Whisk in the ginger, garlic and green onions. 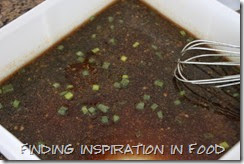 Place the steak in a large ziptop bag and pour over the marinade. Seal the bag and squish it around to cover the steak. Place the bag on a plate and put it in the refrigerator. Marinate for several hours, turning the bag over occasionally. 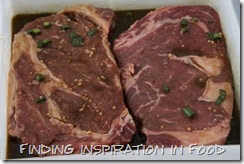 
Slice in thin strips across the grain of the meat. Serve with thin slices of the Southern Bourbon Bacon Butter melting over the top. 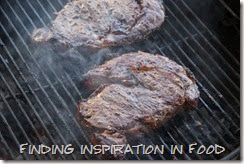 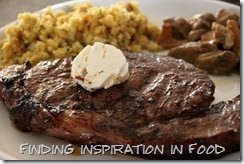