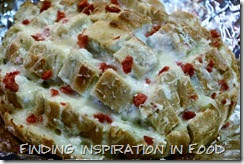 This is an awesome appetizer recipe!! It would be great for a Super Bowl party or any BBQ coming up this summer. I ended up smoking this on the BBQ pit to give it some extra flavor and it’s amazing!! I would leave out the bacon bits next time. I’m not a huge fan of them and you can’t taste them in the bread anyway. If you want I would add some cooked bacon instead. I also made it easier by combining everything before stuffing it and then just topped it with the shredded cheese which makes this messy process easier. Can’t wait to make more of these, plus it’s so easy to prep ahead of time and bake when you need them.

Using a sharp bread knife cut the bread going both directions. Do not cut through the bottom crust. 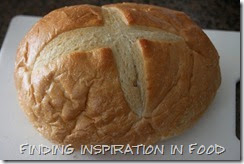 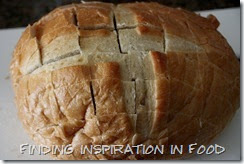 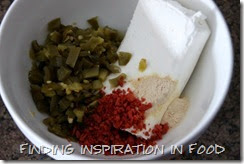 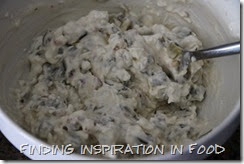 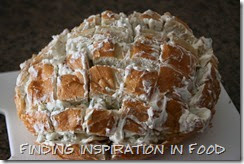 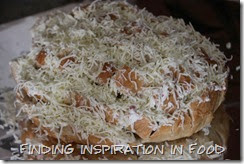 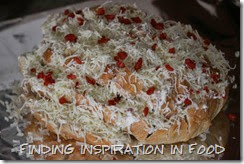 Wrap in foil the entire loaf in foil and place on a baking sheet. Bake for 15 minutes. Unwrap (I just open the foil packet to expose the bread). Bake for an additional 10 minutes, or until cheese is melted. 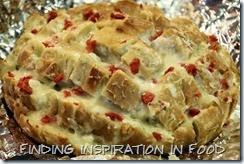 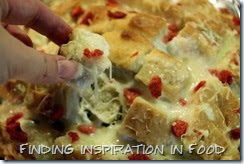