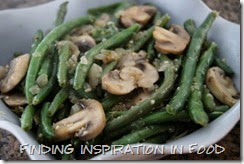 I’m always open to trying new styles of cooking as well as learning about different food restrictions because, lets face it at some point you’ll have a friend over or bring an item to a pot luck and they’ll be Vegan, Vegetarian, Gluten Free or one of the many other things out there. It’s not a bad thing, some people chose to go that route and others just have an intolerance. 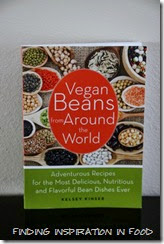 I recently received a copy of the book Vegan Beans from Around the World by Kelsey Kinser and at first I was thinking it would mainly be salads, but to my surprise the book includes recipes for Soups, Salads, Sides, Snacks, Main Dishes, Drinks and Desserts. The hard part was narrowing down which recipes I wanted to try first. I’ll be sharing other recipes I tried in future post, but this one is a great on for using up any leftover veggies like I did with some mushrooms I had or add any additional items you like such as bell peppers, chile flakes, sprouts, etc. Another great thing about  this recipe is after having it hot and room temperature it keeps really well so it would be great for those pot lucks this summer and BBQ’s. Don’t be fooled by the Asian flavors it really would go with any dish you’re serving!

Just because the book says Vegan I really think anyone would love to add this book to their collection. Some recipes are adventurous, but all of the ones I’ve tried so far deliver on their promise of being flavorful. The recipes are simple to follow and don’t include a 2 page list of ingredients which is a huge plus for me. I promise you won’t go wrong with this book! Order a copy from Amazon today, click HERE for details.

(Adapted from Vegan Beans from Around the World by Kelsey Kinser)

Mix the vinegar, sesame oil, ginger, salt, and pepper together. Set aside. 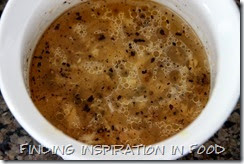 In a large skillet or wok, heat up the vegetable oil on medium-high heat. Add the green beans and onion, stirring often, and cook for approximately 4 minutes, or until the beans begin to soften. (I started the onion a little sooner because I like mine really soft.) 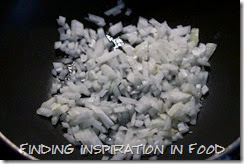 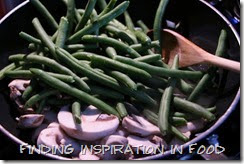 Add the garlic and continue to cook for another minute. 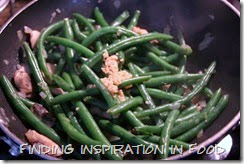 Add the sauce and cook, stirring often until the beans are tender. 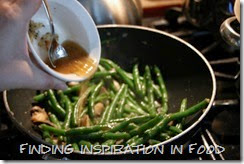 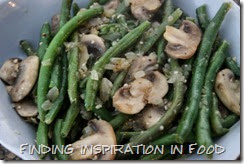 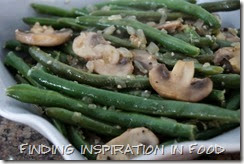 Disclaimer: The book Vegan Beans from Around the World by Kelsey Kinser has been provided by Ulysses Press for this Review. I was not required to write a positive review. The opinions I have expressed are my own. I am disclosing this in accordance with the Federal Trade Commission’s 16 CFR, Part 255: “Guides Concerning the Use of Endorsements and Testimonials in Advertising.”