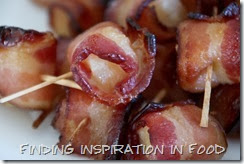 I made these last summer and I got mixed reviews on them. They are different then what people expected, but I liked that I could do them in advance and grill them once we put everything else on the grill. So we have a split verdict on these which means I’ll only make them if someone request them.

Soak skewers or toothpicks in a dish of water.

Preheat oven to 375 degrees F. Cut the bacon slices in half. 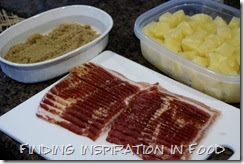 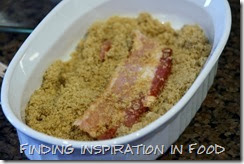 Take one pineapple chunk, place on one end of a bacon slice and roll up. Secure with a toothpick. 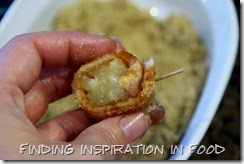 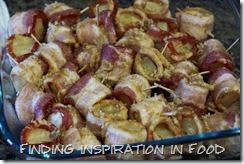 After all pineapples are rolled, sprinkle remaining brown sugar over the top.


We baked them on a broiler pan sprayed with nonstick cooking spray for 20 minutes at 375 degrees F. They could also be baked on a rack on a baking sheet, just something that will keep them up out of the juices that are released. After baking, crank up the broiler and broil for 3 minutes – but no longer – so the brown sugar doesn’t burn. 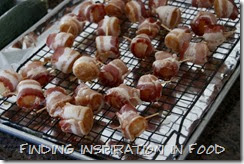 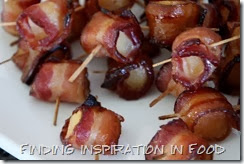 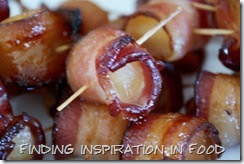