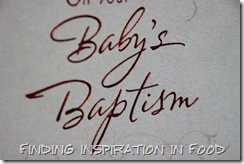 On June 2nd our little man Travis was baptized. Besides the rain, having the kid that screamed through the whole ceremony and a few little kinks, the day went pretty smoothly. I wanted to share a couple of recipes and decoration ideas we did at the party before the ceremony.

For decorations I was originally going to make these tissue paper balls, but Hobby Lobby had packages of them in their wedding section and at 50% off it was cheaper for me to go this route. I used them in different areas of the house to fill in space. 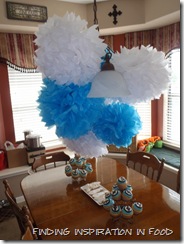 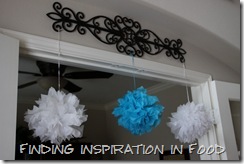 On the front door I put out the coffee filter wreath (Click HERE for how to make one) I had made and inserted a little wooden cross I got a Hobby Lobby and then painted and used scrapbook stickers on. I wanted to use his hand print, but that was to big so I used his foot print. Then I can hang it in his room as a keepsake. 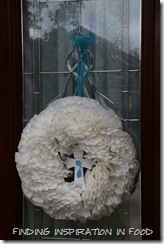 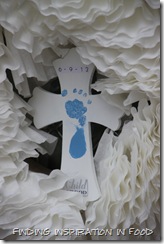 I had seen this idea on Pinterest that someone used for a wedding and loved the idea of including those who are no longer with us. 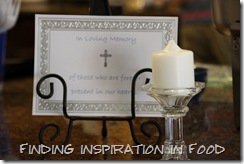 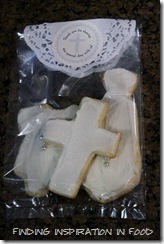 I’ll start with the party favors I made. I went simple and made sugar cookies, (Click HERE for the recipe) mainly because of the Texas heat I didn’t want to do anything chocolate that had to sit in people’s cars, so I had to go with simple.

For the logos which say “Thank you for sharing this special day with us” click HERE for the template. The site has them in pink or blue. Then I used a circle cut from my scrapbook supplies to cut them out.

Next I used a regular doily and once I folded the cellophane over I stapled it in the center where the logo would cover it. Using double sided tape I covered the staple with the circle and was done. 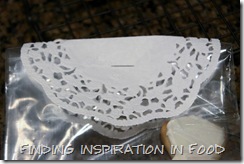 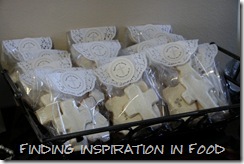 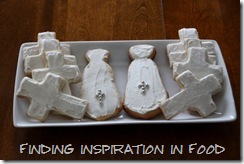 I found a new product thanks to my mom that I don’t think I can live without now. This stuff is way better then any food coloring I’ve ever used and you can find it at Hobby Lobby. Just a few drops turned my yellowish icing from the butter to a pure white. It’s like magic!!! 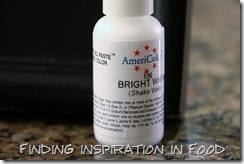 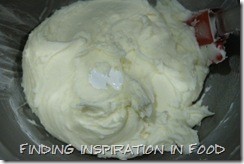 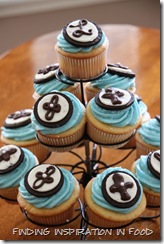 I didn’t want to make a big cake, because no matter what no one ever eats the cake because they don’t want to mess it up. Instead I made cupcakes with buttercream icing (Click HERE for recipe) and then made my own special toppers. If you follow on Facebook then you saw me post a picture of these. I wanted to make fondant circles, but not having enough experience with fondant I had the bright idea to use an Oreo. No sagging and they looked great with more then half the time saved!! For the lettering and crosses I used melted chocolate and a ball sprinkle. I think I should have used a smaller tip for the fancier cross, but I just filled in the ones that looked funny. 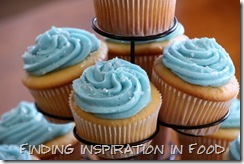 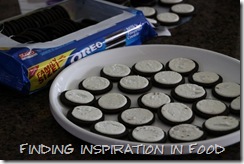 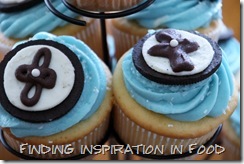 As if I didn’t have enough sweets out I also made a few chocolate covered pretzels, I just love the sweet and salty combo. 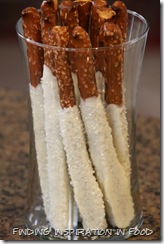 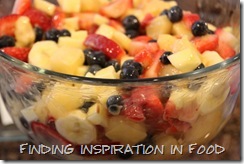 This Quick Summer Fruit Salad was a big hit with everyone. It’s so easy to mix in the fruit you want. Click HERE for printer friendly version.

In a bowl combine the pudding mix and canned pineapple with the juice. Stir until well blended and all the pudding mixture has dissolved. Fold in the rest.
The other food was simple snack stuff since the party was from 10am-1pm. Sliders, Catfish Sliders, Hot Dogs, Cheese Log, Pepper Jelly Cream Cheese, Cheese Tray, Garlic Cream Cheese Spread, Vegetable Tray. I found these cheap frames in the $1 bin at Target not long ago and they work perfect as food labels. 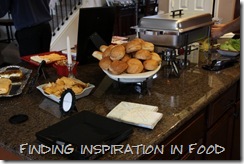 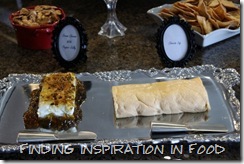 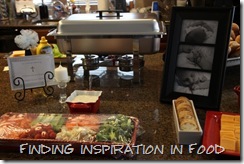 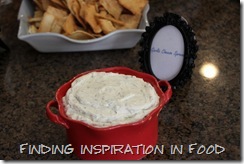 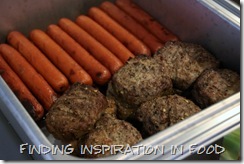 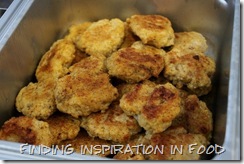 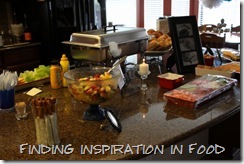 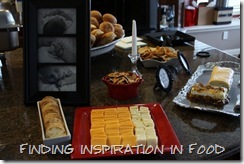 Before I wrap up this long post I want to share one last thing. I had his gown made out of my wedding dress and it turned out fantastic! I also have a friend who made the pacifier clip, so if you’re interested in one let me know and I’ll get you her contact info. 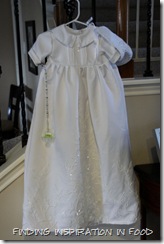 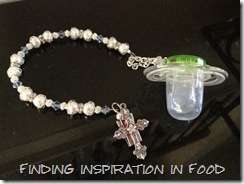 Now on to start planning the next big event……his 1st birthday in February haha!!