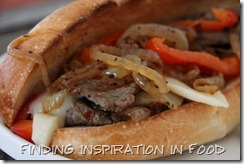 I was using up some of the meat we have in the freezer and since I love Jon Bonnell’s recipes and cheesesteaks I thought this would be a good one to try. We both loved it and I would make it again for sure.

Clean any sinew, silverskin, or fat from the venison until only lean meat remains. Slice the venison into extremely thin strips using a sharp knife. 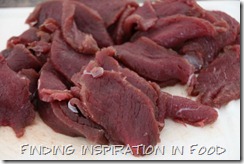 Dust liberally with the seasoning and allow the rub to marinate and soak into the meat for at least 5 to 8 minutes before cooking. 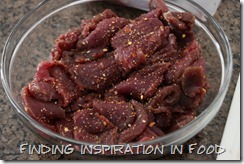 Roast the bell pepper and jalapenos over an open flame until the skins from the peppers turn black on all sides. 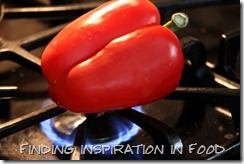 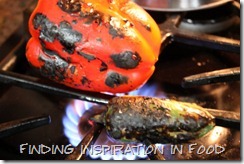 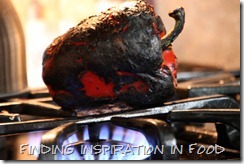 Place in a zip lock bag and allow to sweat for 10-15 minutes, or until cool enough to handle. Remove the skins from the peppers using the back side of a knife blade to scrape off the black charred outer layer. Remove the stems and seeds, then slice into long thin strips. 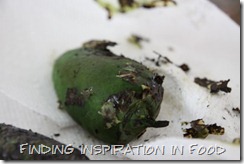 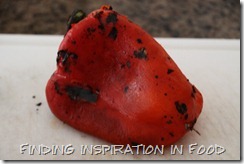 Dust the onion with ⅓ teaspoon seasoning blend and sauté in oil until the strips are well caramelized and browned. 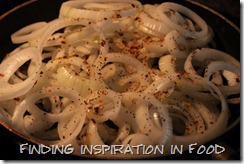 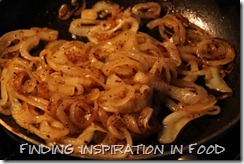 Remove and combine the onion and peppers together. Heat a medium cast-iron skillet until it begins to smoke and then drizzle in canola oil and sear the venison on all sides. The pan should be hot enough that the thin venison strips can brown on both sides in about 1 minute at the most. Each strip of meat should be cooked very quickly, then set aside on a plate and kept warm. 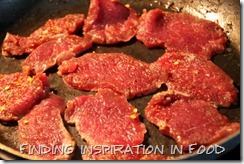 Once all of the venison is cooked, toast the hoagie rolls and fill each one with venison and the onion and pepper mixture; top with a fontina cheese slice. The venison and peppers should be just hot enough to melt the cheese. 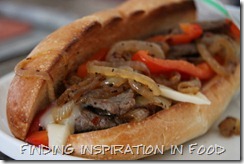 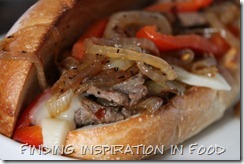