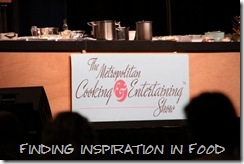 I’ve had a lot of things going on lately that I wanted to catch you up on. First up is the biggest news. I’ve got a little bun in the oven!! We’re due in March and couldn’t be more thrilled. If you noticed lately I’ve had a few missing post. I’ve had the extreme case of nausea and haven’t been cooking too much. I even have a hard time working on my blog or looking at recipes. It’s killing me not watching Food Network. Par for the course I guess and I know it’ll all be worth it in the end, but it’s just hard when food is your passion. Don’t worry I won’t get all baby on you and only post kid stuff. I want things to stay the same and I’ll throw in some kid friendly recipes once that time comes.

This past weekend I got to attend the Houston Metropolitan Cooking & Entertaining Show in Houston. 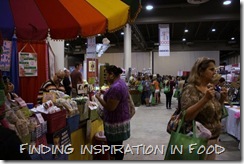 I went with my hubby and niece and nephew. We’re lucky to have gotten a deal on Living Social for half off tickets because to me it wasn’t worth the regular price. We ate a ton of samples and even came home with some new items like toffee and balsamic that we had to have. Our discount ticket price also included an hour cooking demo from one of the celebrity chefs (Paula Deen, Giada De Laurentiis and Jacques Pepin). We chose Paula Deen and had a great time. 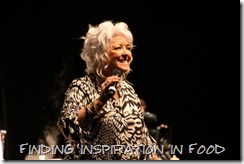 While there wasn’t much cooking going on by her she did make the dumplings for her Chicken and Dumplings recipe. Her husband Michael was there, and it seemed like he got stuck doing everything. 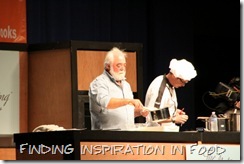 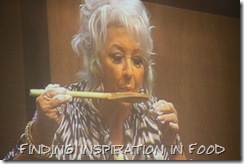 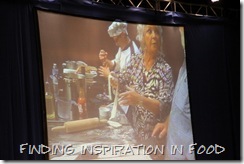 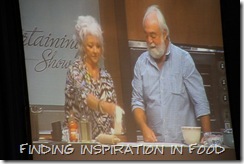 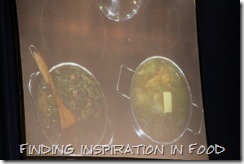 BTW don’t they both look great? Michael has lost 50 pounds and Paula has lost 35 pounds. They also brought out their newest dog Lulu. 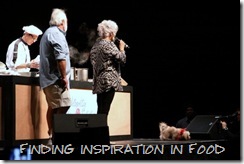 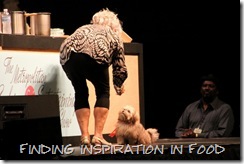 Paula cut up with the audience and she answered questions and overall was great to see in person. She even mentioned a new show idea she has in the works where a celebrity comes and stays the night with her at her home and they cook together. 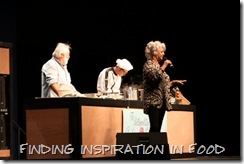 Oh we also got to hear Martie Duncan (finalist on Season 8 Next Food Network Star) give some pointers on Fall entertaining. 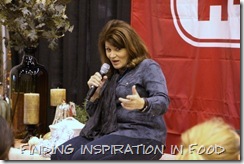 Since I’ve been so sick lately, I’ve decided to take this year off of all the Rice Harvest Festivals cooking contest. I did get all my photos mailed off for the photo contest, but since I can’t be in the kitchen without getting sick I thought it would best to put my attention on other things. I’m a little sad because I wait all year for this, but I need to start learning things are about to change haha.